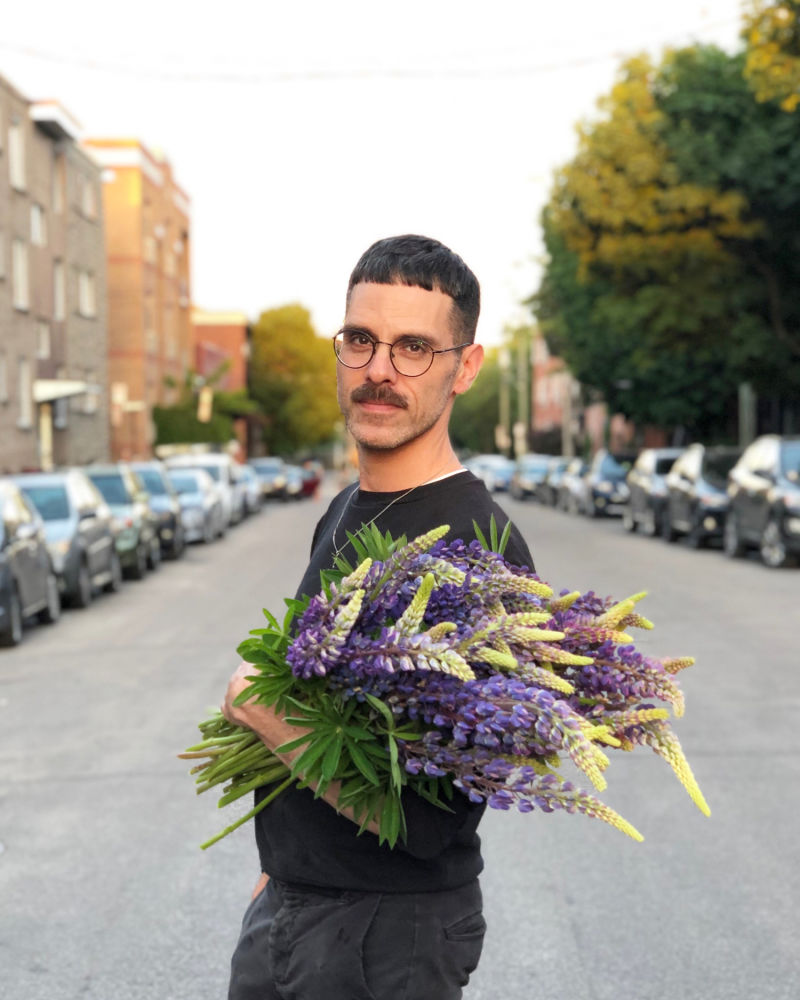 There are those who will challenge the futility of buying flowers for home. They’ll say, what’s the point: they’re just going to die? “Exactly,” says Montréal floral designer Marc Sardi smiling. “We’re going to die, too. Beauty is ephemeral and worth enjoying. That’s what I want to teach.”

It was a disconcertingly warm April day in Montréal when we met, which is to say no puffer coat required. Sardi had just dragged a few shrub roses from his makeshift greenhouse into the sunny courtyard behind his home. They didn’t look promising, but one fragrant variety, he explained, would develop a peach-, almost bronze-colored center and lavender edges. In a few months, these blooms (dubbed distant drummer) will land in one of Sardi’s sought-after floral arrangements or in a still-life double-tapped many, many times on Instagram. 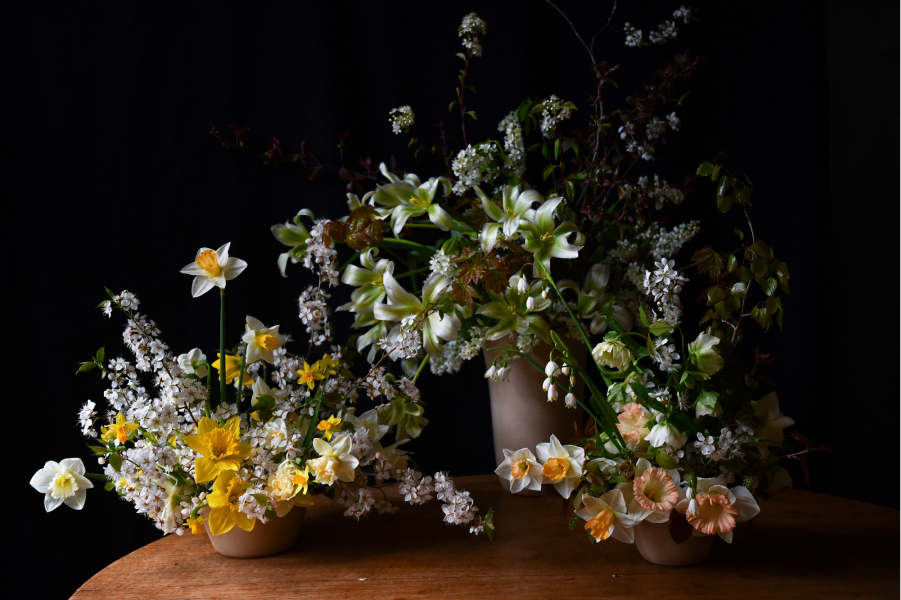 Sardi is newish to flower arranging but has already built a business steeped in his values —environmental stewardship, creativity, and human connection. Early on, he made an ambitious commitment to working primarily with local flowers and plants — impressive when you consider that the seasons in Montréal can be best described as winter and winter is coming.

The 46-year-old Quebec native picks up fans through his work at trendy restaurants such as downtown Montréal’s Dandy or via Instagram where his background in photography manifests in arresting chiaroscuro floral still-lives reminiscent of paintings by Low Country masters. Bouquets, arrangements, and social media inspo are Sardi’s daily fare but he cites the 1-on-1 workshops he leads as what’s truly life-enhancing. “It’s so personal,” he explains from a lounge chair in his sunny courtyard. He’s donning socks and Birkenstocks in keeping with the neither-winter-nor-summer temps. “They leave with their head full of ideas, their hands full with an arrangement, and a beautiful image to keep forever.” 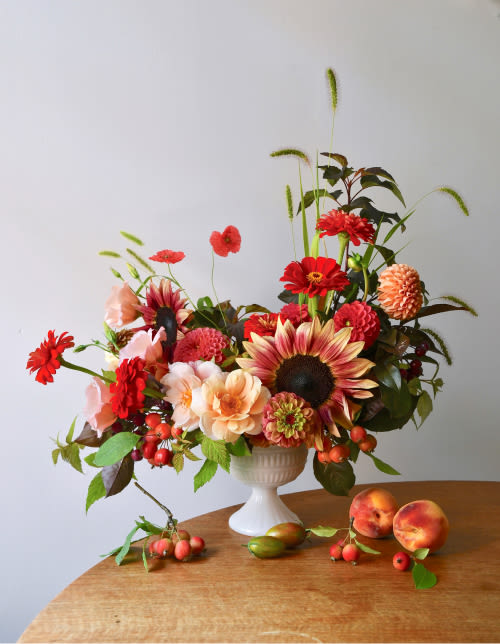 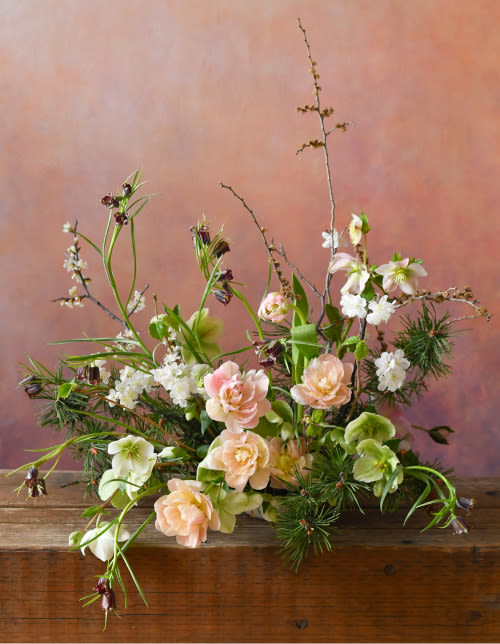 "He started to arrange flowers as therapy and found friends and a feedback loop on Instagram that brought him back to life and back to the garden."

Undoubtedly, a workshop student also leaves with a new POV on floraculture. Sardi is among a growing movement of floral designers considering the environmental and social costs of convenience-flowers.

“There's an environmental footprint, a social footprint, and the carbon footprint. Has that flower traveled from Africa to Holland, and then here? Was it pumped full of chemicals to make sure it lasts that long?” he asks. The same ill-considered privilege that affords us Chilean strawberries year-round has also normalized grocery-store tulips – most of which have logged more air miles in a month than the average consultant. 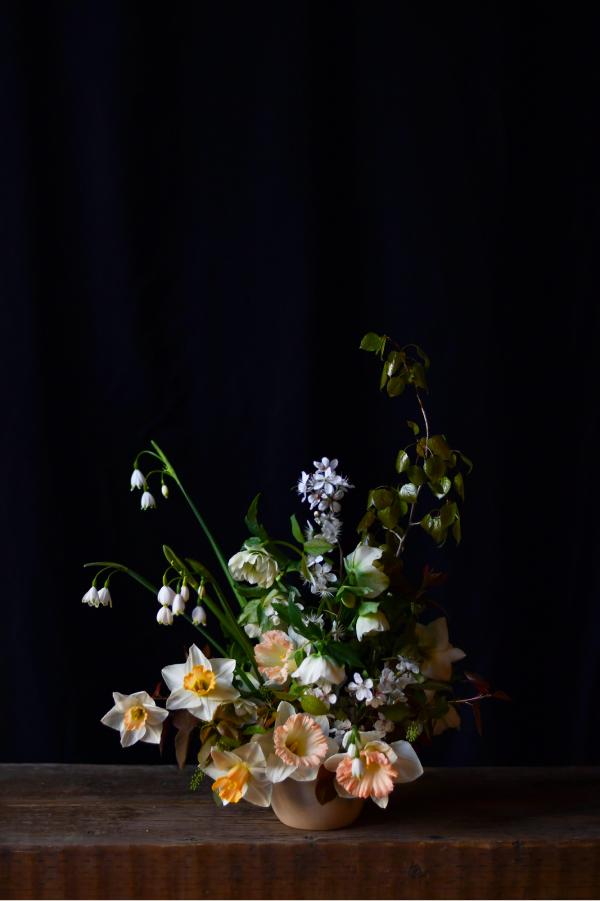 The first step on the road to sensible flowers is to write off floral foam, the spongy green blocks that conventional florists use to tame unwieldy blooms. That noxious blend of powdered plastic and glue is harmful to our lungs (the microplastics are inhalable) and ecosystems, as it’s been demonstrated to make its way to waterways where zooplankton feed on it. No one seeking the beauty of flowers signed up for such ugliness.

In barren February and March Sardi has to shop the flower auctions of Holland, where 40% of the world’s flowers pass through. But he pinpoints specific growers local to the Netherlands to cut-down on transit time. At home there’s a steady supply of vines and blooms from his own modest apartment or yard (15% of his yearly supply he proudly states) and he forages nearby wild urban sites for plants such as milkweed or forsythia, and from May to October there are local growers who “pick flowers in the morning and can deliver to me that afternoon.”

Then there are the conifers. Jack pine, with its curving branches and slender cones are a Sardi favorite, adding texture and shape to an arrangement. “People associate them with winter — they’re not used to seeing them in arrangements,” he explains. “I know that using them is very niche, but I’m making a statement: they’re here year-round, so why not enjoy them?”

“When you offer flowers to someone, just seeing the way that their face changes— that part is so rewarding. It’s so nice to work a job that makes people happy.”

Sardi’s hand with florals is so lovely that most of us don’t know we’re slowly being weaned off Dutch roses and Kenyan baby’s breath in favor of less resource-dependent florals. It’s a beautiful activism he practices – and with research underpinned by nearly two decades in the field of wildlife biology. He worked in the field, as a scientific educator, and in nonprofits including on city initiatives that addressed the unequal access to greenspace in marginalized communities.

The career was a natural progression from his childhood passions and one that roped in his twin passion for fine arts and photography. “I don’t think I’ve spent a week or a month since college without a camera in my hands.” But the comfort of practicing art alongside demanding work wasn’t enough to prevent burnout.

Sardi was passionate about his work – a bit too much. “I took it home every night. I started to accumulate bad experiences with my superiors. I mean, I know I’m a nice person, but I started to doubt that.” He describes getting truly sick, depressed, and taking off a full year in 2016. He started to arrange flowers as therapy and found friends and a feedback loop on Instagram that brought him back to life and back to the garden. Soon he was sharing his triple-threat of wildlife biology, photography, and floral design with others. “Every time I can transfer a bit of information – and the receiver values it and cherishes it — that’s powerful,” he says. 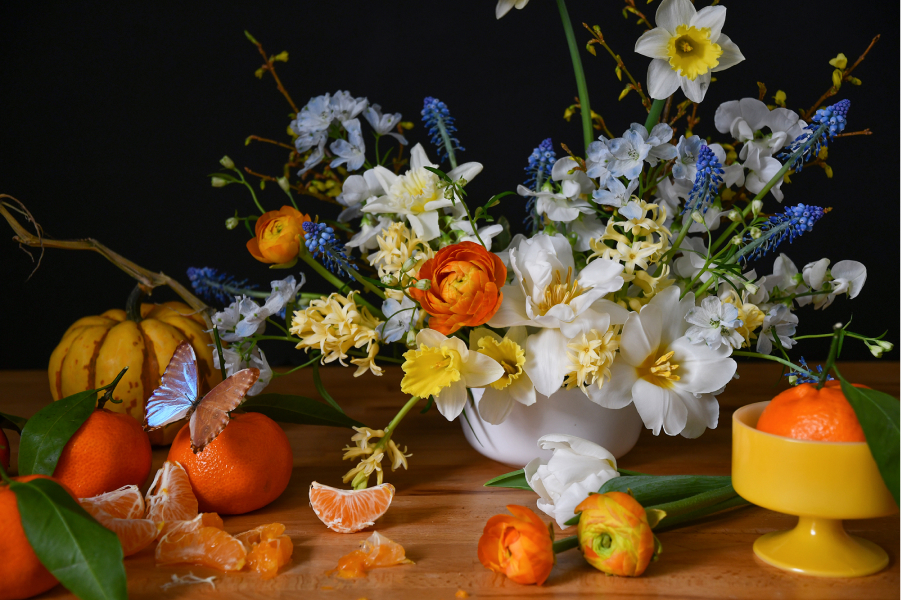 The chit chat these days is strong with back-to-the-land sentiments. Lots of people are asking about beekeeping, he tells me smiling. “That’s super tough! It’s like running a farm!” He rants, “But everyone can garden. And everyone should garden. Not only because you can grow things that are pretty, but you can grow your food. You get physical activity. You can get into a flow state.” And he mentions the studies of microbes shown to stimulate serotonin production. “Just putting your hands into the dirt is proven to make you happy.”

In fact, the same thing happens when you hold a bouquet in your hands, he says. “When you offer flowers to someone, just seeing the way that their face changes— that part is so rewarding. It’s so nice to work a job that makes people happy.” 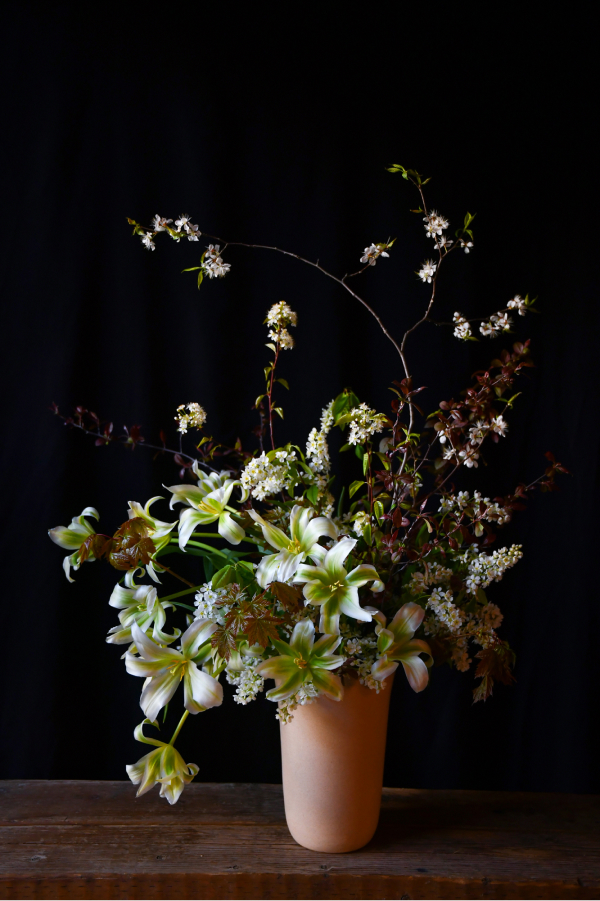 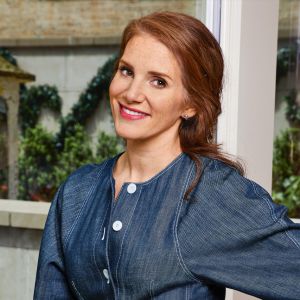 Sophie is the former editor in chief of House Beautiful, America’s longest-published home decor magazine where she inspired a new generation of design lovers to embrace color and happiness at home. She has also published abestseller Style Secrets: What Every Room Needs and appeared as a design expert on The Today Show, Good Morning America, and Open House. She has uncovered emerging trends and design talent as an editor at Elle Decor and Martha Stewart’s Blueprint, and has been a writer for the Wall Street Journal, New York, and Elle. She enjoys inspiring people to enjoy the time (and money) they spend at home.