A Matter of Life and Death, and Learning to Live with it

What thinking about our own death can do for us while we are still living. But first, we must unlearn what we think we know about the end. 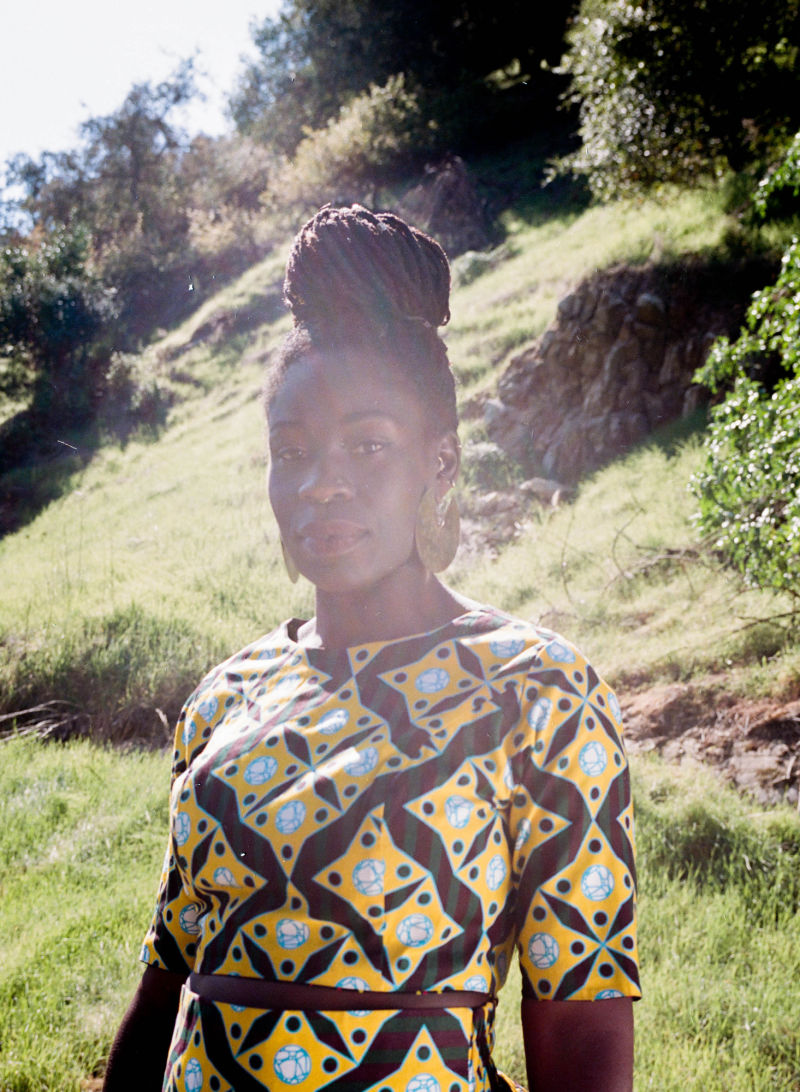 “When you think about it [your death], what does it do for you?” Alua asked me, smiling. The question caught me off guard, despite having spent the last two weeks reading about her calling as a death doula and her practice, Going with Grace. Even through my laptop display, Alua Arthur emanates a warmth that is enveloping, a presence that is profound—how I had imagined her. “Think about it and tell me later,” she says, after my flustered spattering of words like “calm” and “meditative”. 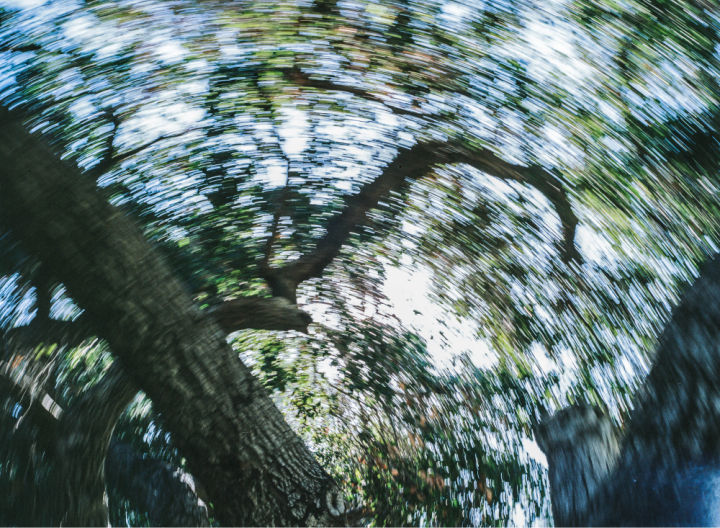 The calm and ease with which Alua speaks about death is something I’ve never experienced. There is an innate joy in her demeanor. She tells me she was definitely bitten by the happy bug as a kid, but has also struggled with major depressive episodes in her life. The biggest one being in 2012, when she left her law practice. She had been trying to push through for the longest time, distracting herself with trips, new boyfriends, anything to keep life interesting, rather than pause to take stock and realize something wasn’t working. That’s when the depression hit: “For me, depression is an indication that something has to change. I have to start paying attention to something I’ve been ignoring. So I cope with it by trying to be with it as best as possible.”

As she reached the crossroads in her professional life, Alua lost her brother-in-law, Peter. This event was, in part, a catalyst for her chosen path. Although there is always an opportunity to turn pain into purpose, she says it should never be held as the standard. “Pain is just pain. Sometimes it just hurts and there is no lesson, nothing we are supposed to do with it. We are just supposed to experience it and move on.” In her case, the road ahead illuminated itself. Death is the one thing everyone will inevitably go through and yet no one talks about it. She decided she would. 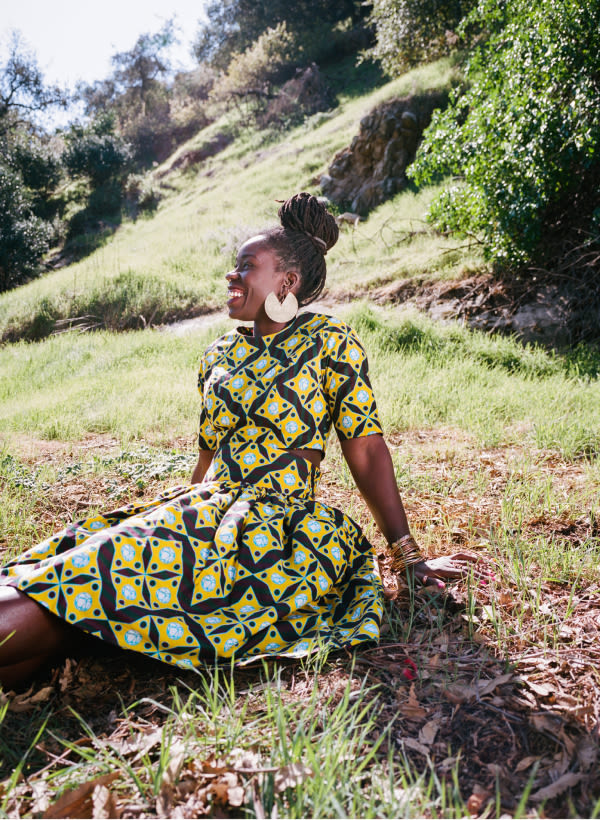 "It’s the smaller things that end up being the big things people hold onto. What people really want is to taste that milkshake from around the corner from where they grew up.” - Alua

One thing becomes very clear—thinking about death is beneficial for everyone. There’s the popular saying: “live each day as if it were your last,” lovely in theory, abstract in practice. How do we truly achieve this? Alua sees thinking about her death as a self-care exercise. Something that makes her think about herself, her unique lived experience, and the things that actually matter. Our death doula gives it to me straight: “look in the mirror, look yourself in the eyes and repeat “I’m going to die” multiple times.” She assures me that no poltergeist will emerge from the mirror, rather an opportunity to think about life and its fragility. Death is something we don’t know much about, but we have managed to fill our minds with dark and terrifying images of fire and brimstone or the notion that we will never see our loved ones again. We chose to imagine the worst, when we could have chosen anything. Death is a fact, there isn’t anything that can be done about it, but how we perceive it is entirely up to us.

This brings me to the concept of end-of-life design, a notion of which I had never heard prior to discovering Going with Grace. The benefits seem endless. There’s the practical side; being able to communicate our wishes so when the time comes, loved ones aren’t struggling to figure out what it is we would have wanted. Then there’s the part we could all benefit from, dying or not: The realization that where we are going can and should provide information for where we are now. “If I'm thinking about the type of death I want to have and I know there are things in my life right now that won’t help me get it, then I need to start making changes. For example, I would love it if my partner was there, but I don’t currently have a partner. ‘Well, girl, get on OKCupid and start dating!’” The exercise provides us with information about how we are living and what needs to be done in order for us to reach our end, feeling the journey was as complete as could be.

Alua mentions that she offers death meditations online through Going with Grace. A nine-part meditation that takes people directly to their death, enabling them to start living with its inevitability while bringing the unique energy death provides into their lives in order to create more meaning. “The death meditation is for people who want to grow a closer personal relationship with their lives, I’d say. Their death as well, but absolutely their lives.” I make a mental note to look into this later. 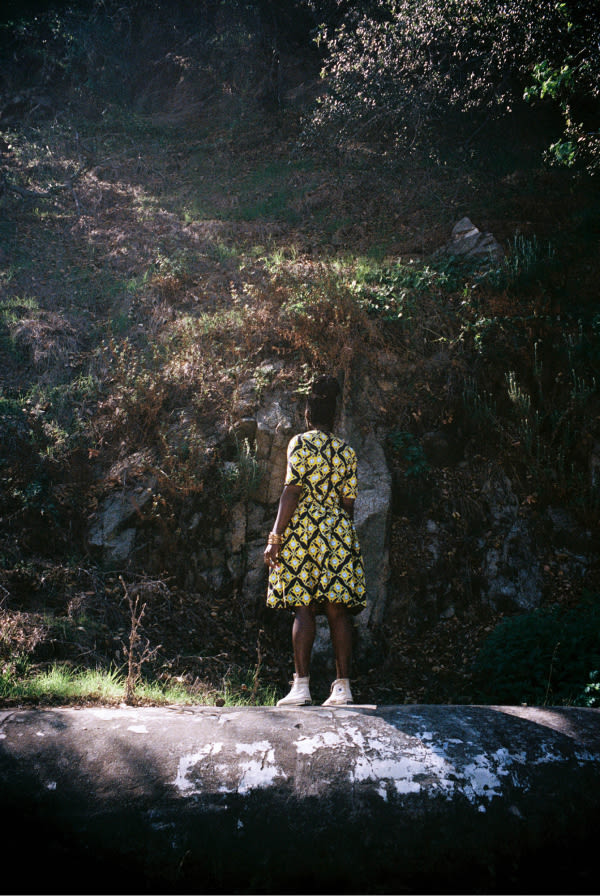 "There’s nothing you can do to adequately prepare for the death of a loved one. It’s going to suck. It’s gonna hurt. Make sure that hurt doesn’t go along with missed opportunities.” - Alua

Realizing that inner peace seems to be the goal—not only for the dying but for anyone who practices mindfulness, yoga, running or any other form of self-care—I ask Alua if she thinks achieving it is more difficult for someone who is not dying than for someone who is. She tells me that it’s equally hard. The dying may have a greater impetus to do so, because they know the end is coming, but that doesn’t make it any easier. There are so many instances when we have an argument with someone and we refuse to reconcile, because there’s always tomorrow and we just don’t feel like it right now. The dying know they don’t have that luxury and use that knowledge to push them towards making peace.

As Alua illuminates my own path towards a relationship with death, I confide in her my fears of losing my beloved 95-year-old grandfather. Something that causes me to have nightmares which result in phone calls to my mother in the middle of the night so that she can assure me that he is still breathing. Having moved to another continent early last year, checking up on him myself has become difficult. Alua tells me that many people will think of fear of death only as the fear of their own death. However, the fear of death and/or death anxiety can also present itself in another human. “There’s nothing you can do to adequately prepare for the death of a loved one. It’s going to suck. It’s gonna hurt. Make sure that hurt doesn’t go along with missed opportunities.” She isn’t talking about a bucket-list. For Alua it’s about the non-negotiables. “What I’m finding is when people get to the end of their life, they’re rarely like ‘oh I wish I would have seen the Louvre for the last time.’ No. They think, ‘I wish I would have spent more time with my grandfather.’ It’s the smaller things that end up being the big things people hold onto. What people really want is to taste that milkshake from around the corner from where they grew up.”

“Pain is just pain. Sometimes it just hurts and there is no lesson, nothing we are supposed to do with it. We are just supposed to experience it and move on.”

In her work, Alua finds there is an equal balance between joy and light, and what she calls the serious stuff—not necessarily heavy, just serious. People are dealing with very complex emotions, whether they are dying or close to someone who is, emotions that aren’t always necessarily bad. On one hand, grief is pain and we create suffering when there could just be pain. On the other hand, we are still able to laugh, still able to find joy and beauty in the life that’s wrapping up. Most of all, there’s love. People often think Alua mostly deals with grief and sadness, but she insists that love is by far the predominant emotion.

I thank this incredible woman for her time and we sign off. I remain at my desk, reeling from the conversation we just had. I think about my death and everything falls away. My computer display goes dark and I catch my reflection on the screen. “I’m going to die”, I whisper to it. And that’s OK. 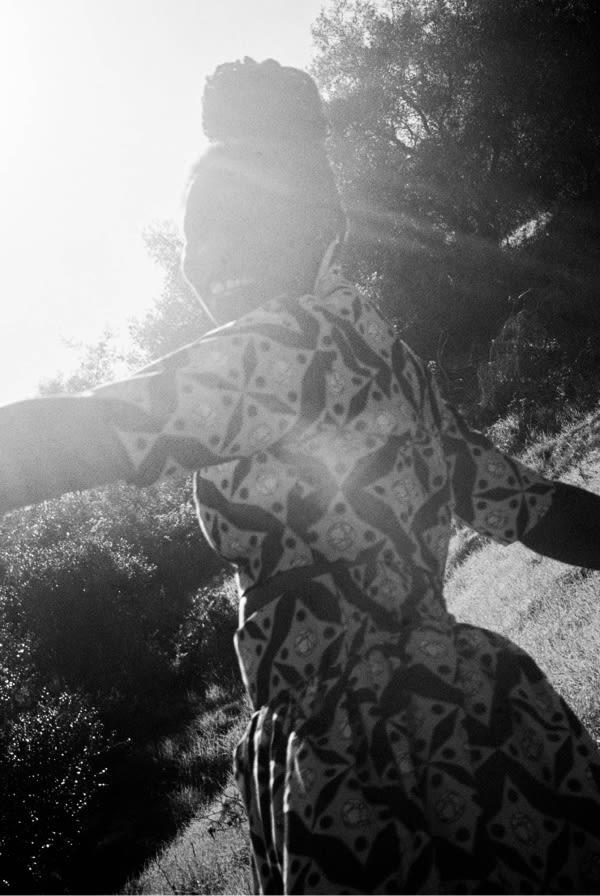 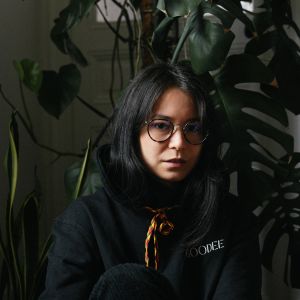 Celia Spenard-Ko is the Editor at Goodee. A Montreal born—Paris based photographer, writer and art director, she works predominantly in analogue and specializes in travel, still life and documentary. Drawn equally to the quiet details as to glaring emotion, she is most captivated by the exploration of identity in all its forms.