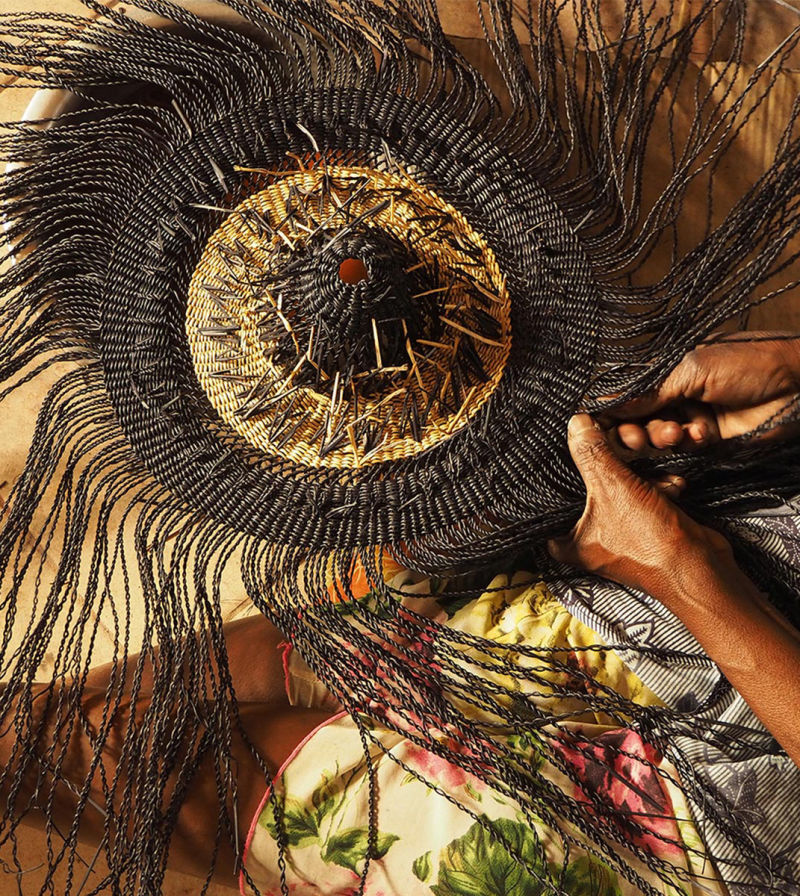 The red earth melts like a mirage amongst giant rocks brilliant for bouldering. The air is hot, the beauty of the landscape is simple yet breathtaking. This isn’t Sara Efia Reddin’s home exactly, but it is the designer’s motherland. The founder of ​GOLDEN Editions​, an African inspired and produced decor brand, sways between spaces, splitting her time in her quaint garden home about an hour outside of Paris, and in Ghana. 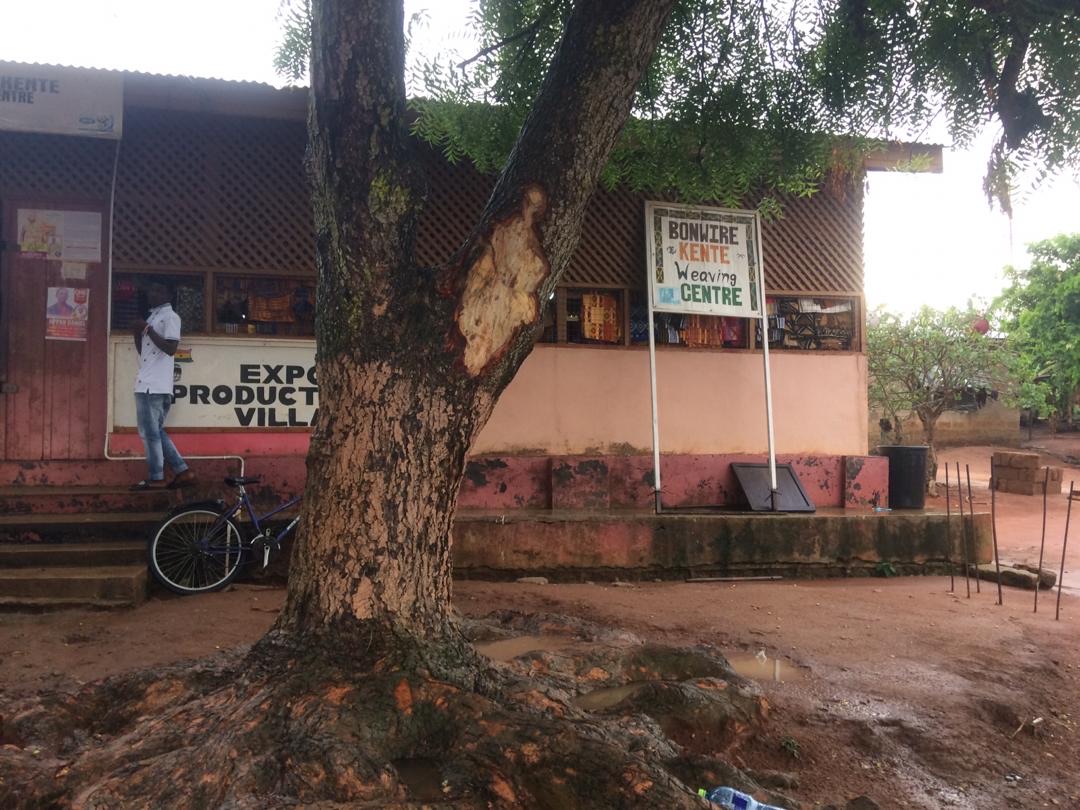 “There is something so amazing that the earth is what we all touch, what we all walk on. The fact that it is red makes it feel so much more powerful.”

GOLDEN Editions is an ancestral calling, a response to Sara’s worldly upbringing. Sara’s grandfather was a handsome Jamaican man who was close friends with revolutionary Marcus Garvey​. In the early 1940s, he moved to Ghana from Jamaica, an international adventure prompted by Garvey’s ​Back-to-Africa movement​. Shortly after, he met Sara’s grandmother, a young Ghanaian woman. Together, their union created Sara’s mother, a woman with a complex connection to African culture due to her familial origins. This intricate weaving of Jamaican and Ghanaian roots led to Sara’s mother creating a cosmopolitan culture for her family. 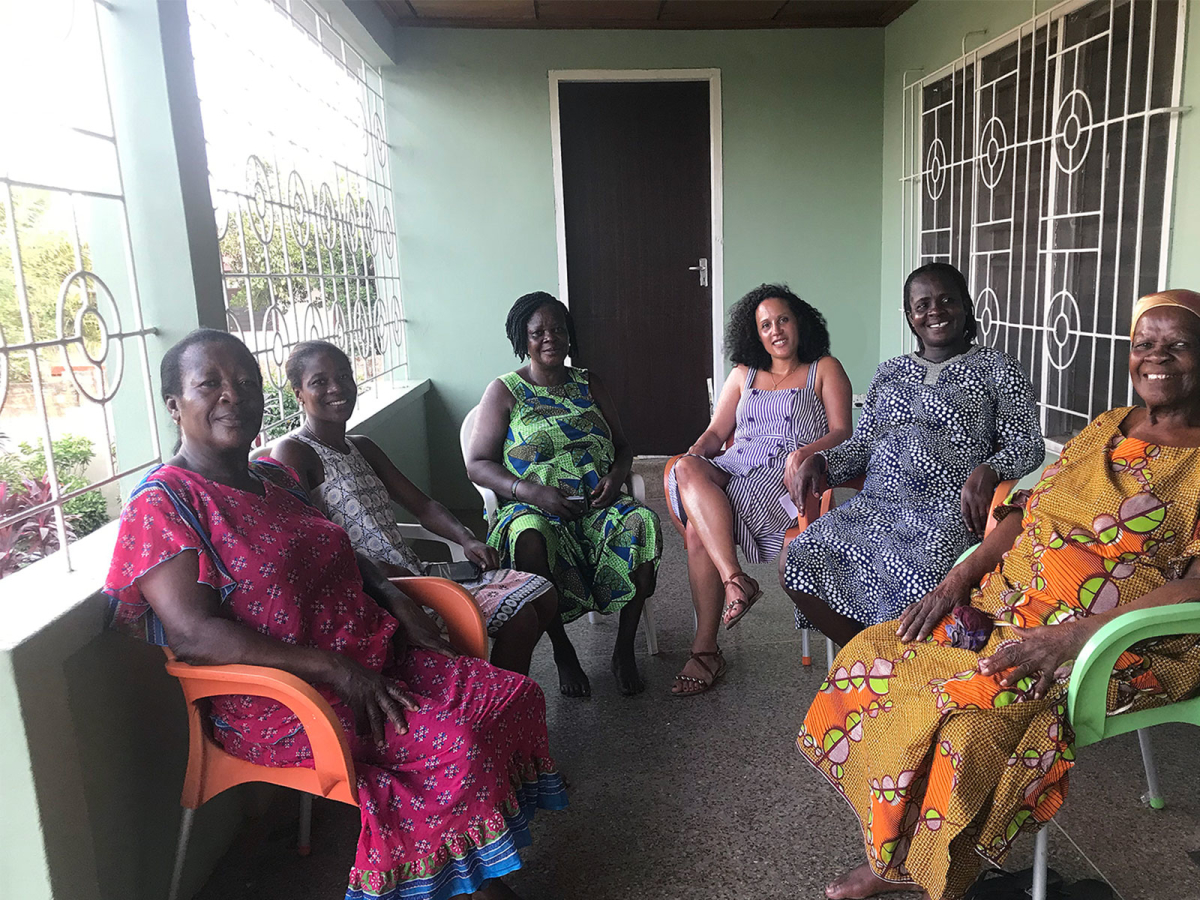 Growing up in London, thousands of miles away from the setting of her grandparent’s African love story, Sara’s upbringing was not traditionally Ghanaian in the sense that her connection to Ghanaian culture was not about cultural customs, nor foods they ate. Rather, it was about a global exploration through found objects, textiles, creations and an international community comprised of artists, travellers, and wanderers alike. This web of cultural linkages later proved to be a planted seed, one that bloomed into GOLDEN Editions.

In 1991, Sara first visited Ghana with her twin sister and mother. She was eighteen years old, thrilled to embark on a voyage wrought with excitement and familial reconnection. Nearly thirty years later, she developed GOLDEN Editions as an independent creative venture after a long stint as a freelance design consultant in Paris.

“I had no set plan to begin with, I just felt that if I managed to make beautiful items, then everything else would fall into place.” 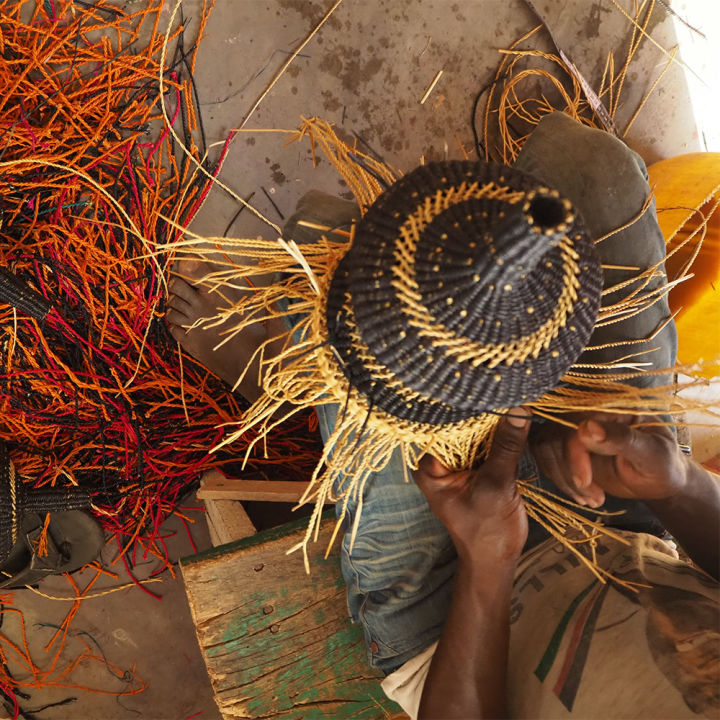 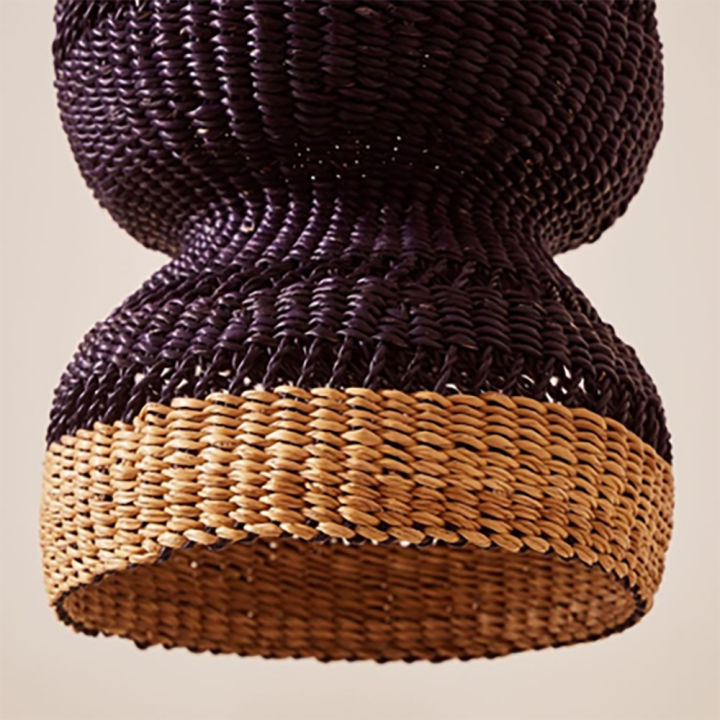 To Sara, home is where she feels comfortable. Where her family and love are. This understanding of home—a definition that is more than mere location—is an energy woven into the story Sara tells with each GOLDEN Editions light fixture. It is an innate desire to invite others to tap into this charged state of being, to slow down and to plant roots. As Sara contextualizes her personal history with the direction of GOLDEN Editions, the purpose of amplifying the connection to earth is clear. “Nature is beautiful and we live here on earth, so it is important to make things that are representative of just how beautiful earth is.” 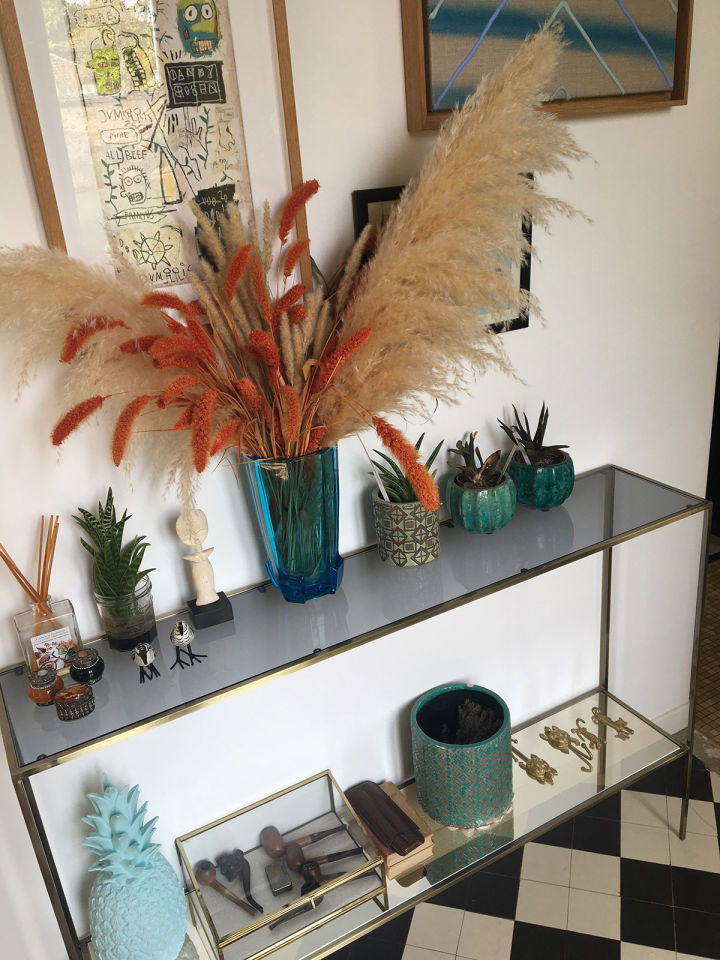 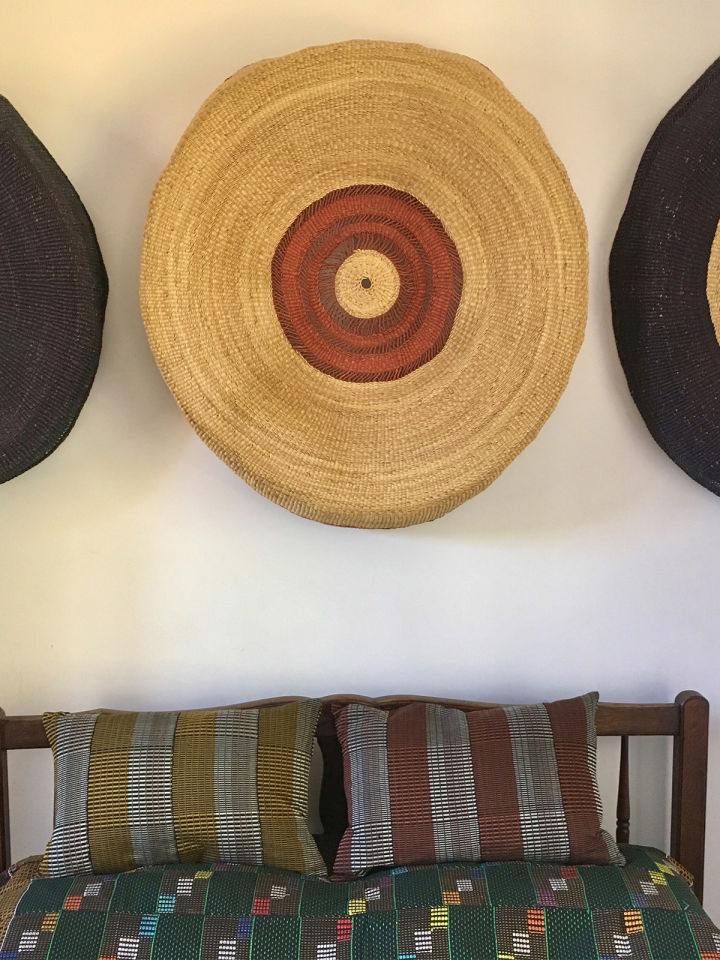 A nod to the ritualized craft of basketry in Ghana, Sara collaborates with a collective of skilled weavers based in Bolgatanga. Woven from elephant grass, each piece boasts evocative shapes and sensual hues, strands hugging one another, ​inspired by the African country’s wonder. There’s an electric energy steeped in the rouge dirt and vibrant plants, a vivacity imprinted in each of Sara’s designs. When one takes the time to observe and appreciate every detail that was crafted by hand, there is an inherent connection to Ghana that is created. 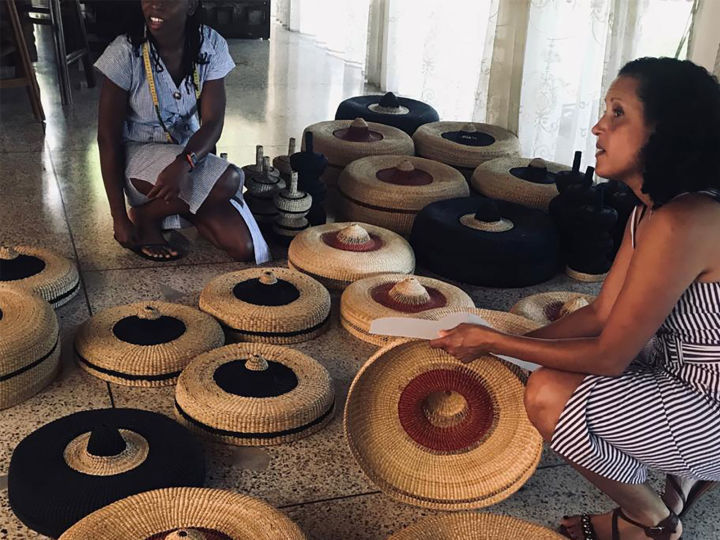 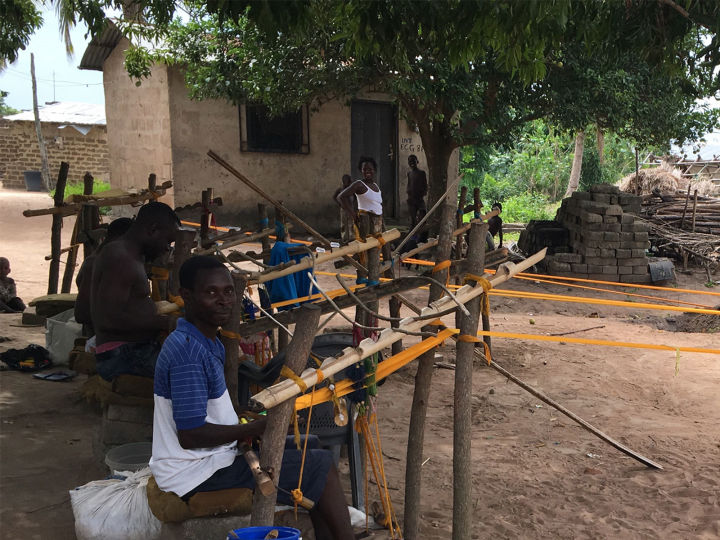 As it stands today, basketry is a very organized, nearly ritualized craft in Ghana. Sara is mindful of this while encouraging the creatives she works with to expand beyond the conventions of traditional basketry. There is an inherent tension in the request to expand beyond traditions, as with any creative who aims to build beyond what is constructed. The vision for true impact and legacy is far larger than any growing pains. “I have faith in this project. Design is important, it moves us forward.” 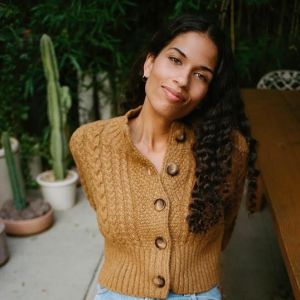 Julia Childs Heyl is a Los Angeles-based writer and creative. She focuses on the intersections of art and social justice with particular attention to stories of the African diaspora.