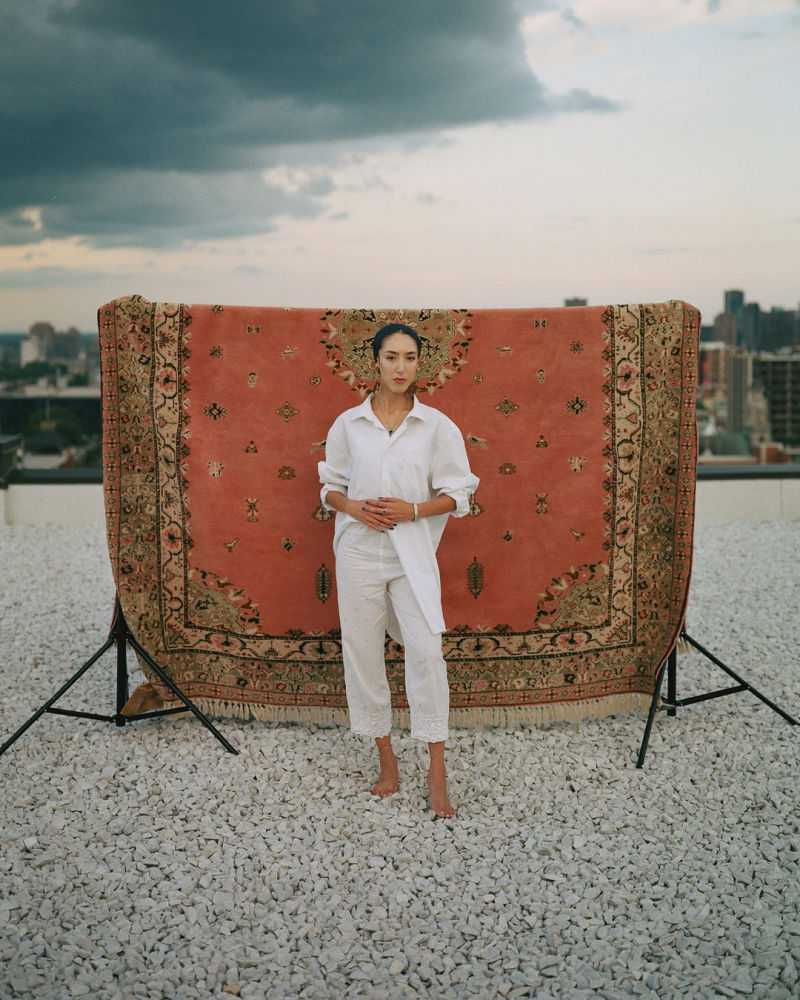 Asma as photographed by Hamza Abouelouafaa for the Hchouma series. Read her story below.

On a warm summer day in 2020, I met up for coffee with my friend Hamza.

I hadn’t seen him in months - much like many of my other friends since the pandemic hit us. We ordered our drinks at L’étincelle, a small neighborhood café in Montréal.

Hamza and I are both Moroccan. We met through social media a few years ago. He was looking for models as he started getting into photography, and I messaged him interested in both his talent and our common roots.

Growing up in Québec as a queer Maghrebi, I often felt alienated from the different communities that I was told I belonged to. Without getting into the diasporic identity discourse, I believe that when one is trying to assimilate themselves into a being who is far from their truth only to ease their surroundings, they often end up in a place of self-hatred. I know I did. I grew up harvesting that anger and held onto it with a weird sense of pride - as if this alienation was the only thing that truly belonged to me. Not to my parents, not to the land I settled on under the guise of immigration, but to me.

With time, I realized that the feeling I gave a home to and was devouring me from the inside wasn’t what I thought it was. Much deeper than hate, what I was feeling was shame. Torn between who I was, who I wanted to be, and who I was expected to be, it never occurred to me that the intersectionalities of my identity could coexist. 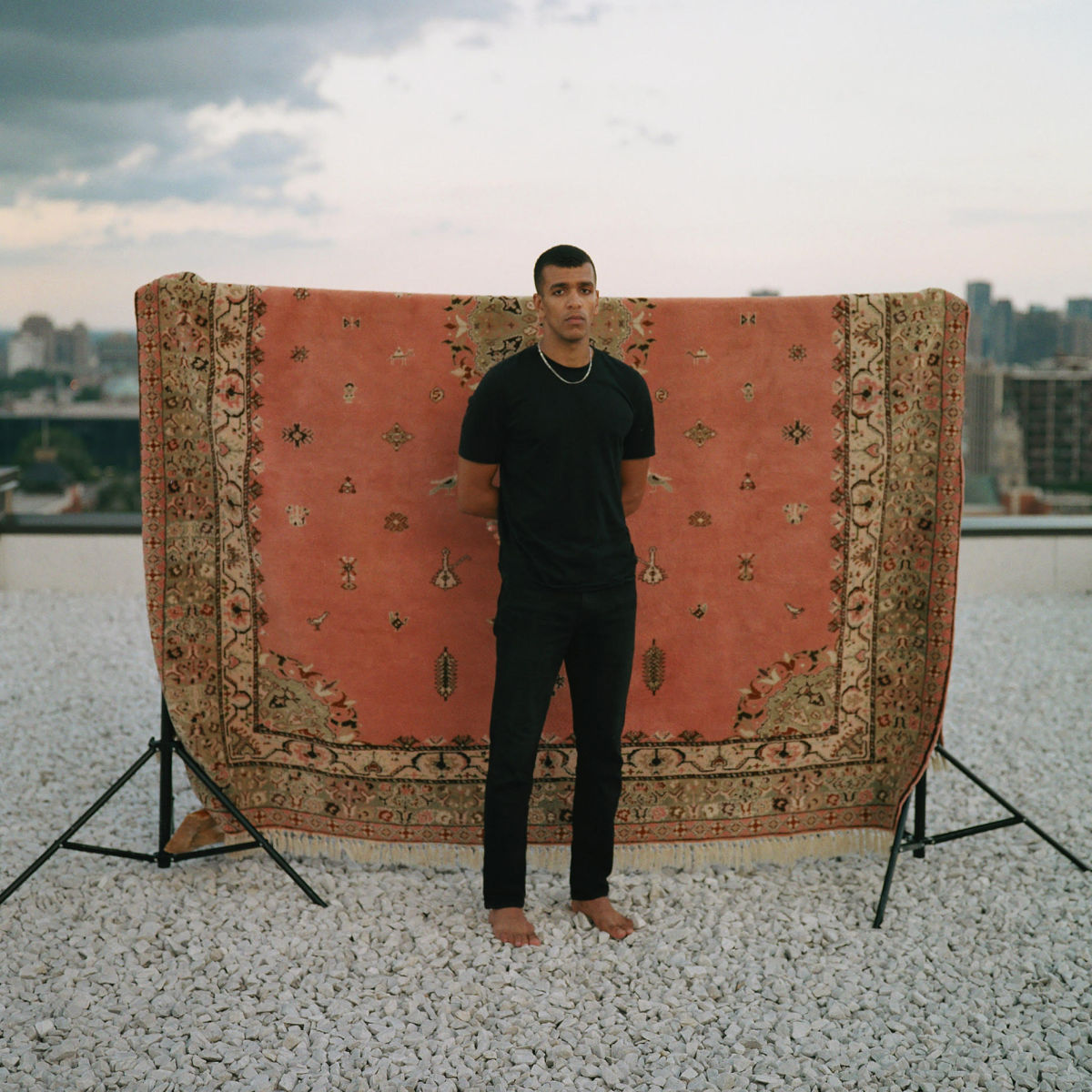 “It’s related to the feeling of shame, of embarrassment. These days, I think about it a lot. It’s tied to values of humility. During my adolescence, it was very important to me. But like with all things, if you attach great importance to something, it’s hard to be balanced afterwards, so I think it comes with its own issues if it isn’t managed. I see it a lot with my family, we belittle ourselves a lot. Sometimes,  if I think about it, I’m comfortable with that and to live this way, but then it will always be a part of me, to feel shame.”

In the last few years, as if by fate, I have crossed paths with other North Africans who share my struggles. Hamza is one of them. Most of us felt ashamed of our desires, our sexuality, our gender identity, our passions, our love, our health, our faith or lack thereof. Reputation plays an important role in our community, and we grew up hiding parts of ourselves to our families in fear of bringing shame to them. Especially as immigrants. We’re the success stories our families back home love to boast about.

Sitting on that bench, Hamza and I discussed our love lives, our relationship with our parents, our mental health, and the need to find a community. We realized that while we all live different lives, ‘hchouma’ was a common thread in all of the stories we shared. While it translates to “shame”, hchouma is a concept deeply engraved in North African culture that often hinders one's personal decisions and adds pressure to the face we show to the world. It’s something that, often subconsciously, affects the way we navigate life and how we express ourselves. Thinking on the concept, we decided to explore it further by getting people involved. 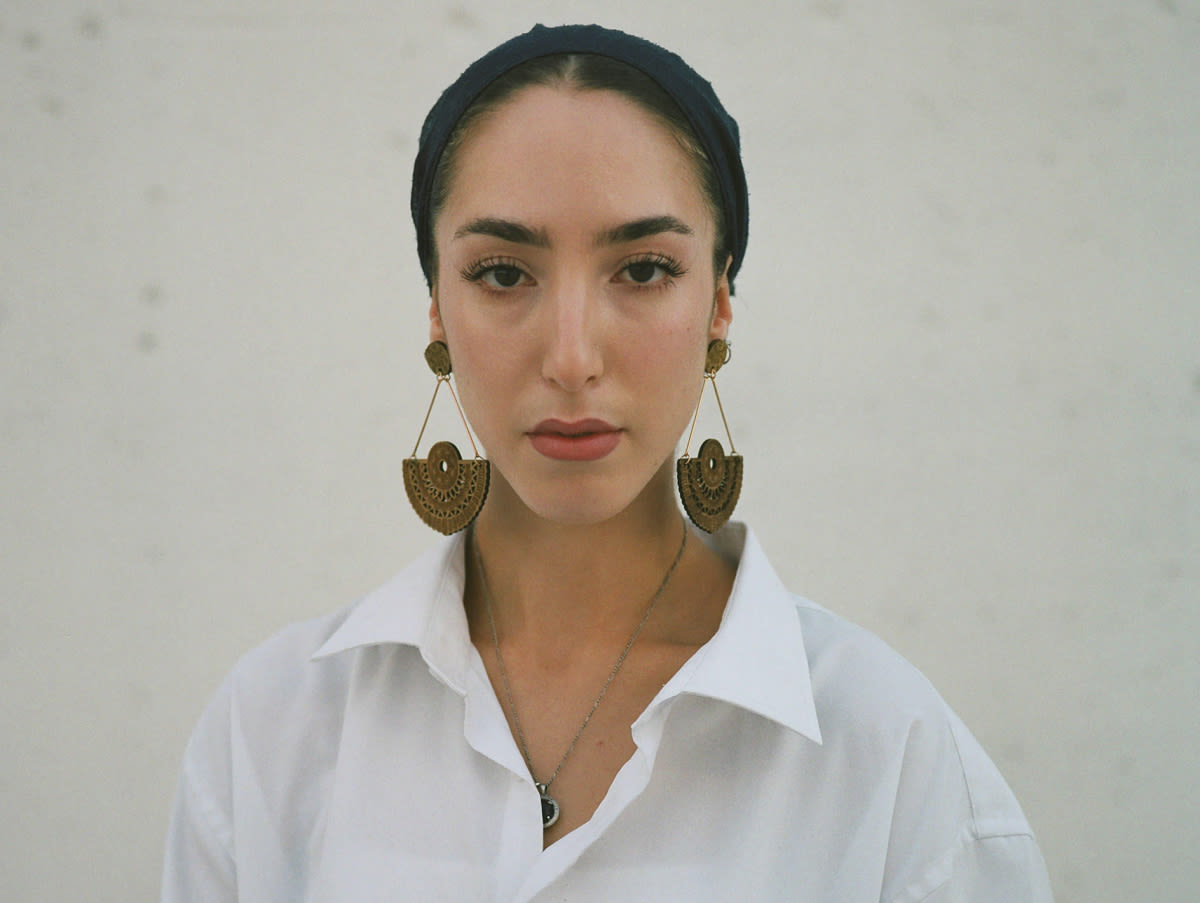 “I attempted suicide, but was stopped by the police. [...] I was hospitalized in a psychiatric ward for weeks. When I returned from hospitalization, my mother (I adore her regardless) said to me: “It’s the last time you bring the police to our home. Can you imagine what the others will think? What the neighbors will think of us? We always bring the police in front of our home. What is going on? If anyone asks, you are going to tell them you had food poisoning.”

Following a callout we did on social media, several people reached out with interest. For ten straight hours, while Hamza was taking the portraits, I sat down with each participant one by one and gave them the space to discuss whatever relationship they had with “hchouma.” For ten straight hours, I’ve had people share with me stories of abuse, mental health, family issues, humour, passion, love, and much more. For ten straight hours, I felt as if I was diving into the trials and tribulations of every first and second-generation immigrant kid. In a small studio, one by one, participants have found a space in which they could voice some of their deepest secrets and fears without judgment, allowing for an exchange in which they could release some of the weight that cultural shame has forced them to carry. While I wasn’t ready for the extent to which I would hold such a healing space for some, I cherished and felt grateful for the exchanges, for the trust, and the feeling of belonging the project could offer. 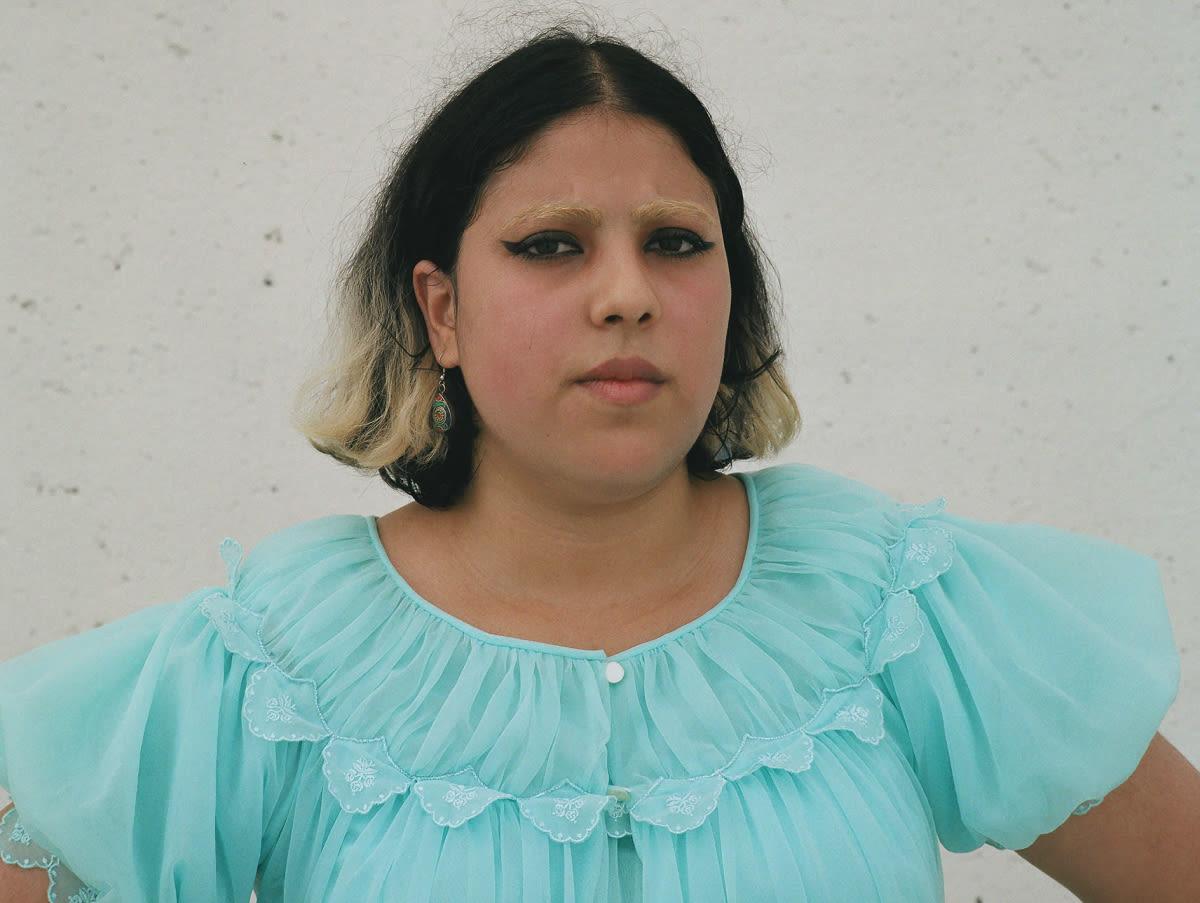 “There's so many sides of me that I don't think [my family is] aware of because if you let it all out, then you risk not being accepted by them [...]--which you know, Moroccan families, they’re a big thing. And I love that. But also, it's just like a Hannah Montana thing. But it still creeps in on you. For example, if I go to an Arab restaurant and an older man is serving the food, I'm suddenly questioning how I'm dressed or how I'm talking or if I'm drunk or something. I'm like, “oh my God, this is so embarrassing. Like[...]—I shouldn't be doing this.” And then I’m like “he doesn't know me”. [...] It's like a constant performance, like leading two lives”

As serendipity would’ve wanted it, this feeling is one that converged with my personal life in the months that followed.

In late October, my mother, my sister, and I urgently travelled to Morocco to see my sick grandfather. Once we got there, he was surprisingly better than we anticipated, which allowed us to spend time together as a family. After finding out that a friend of mine was also in Morocco, I decided to extend my stay and go to Marrakech. While I was there, surrounded by friends and without the pressure of my family’s judgment, I felt a sense of belonging I hadn’t felt in years - if ever really. Two weeks after we came back to Montreal, my grandfather passed away. While this loss brought me the greatest heartache, it gave me the clarity to understand that it was time for me to go back home - to fully embrace the feeling of belonging I had felt. 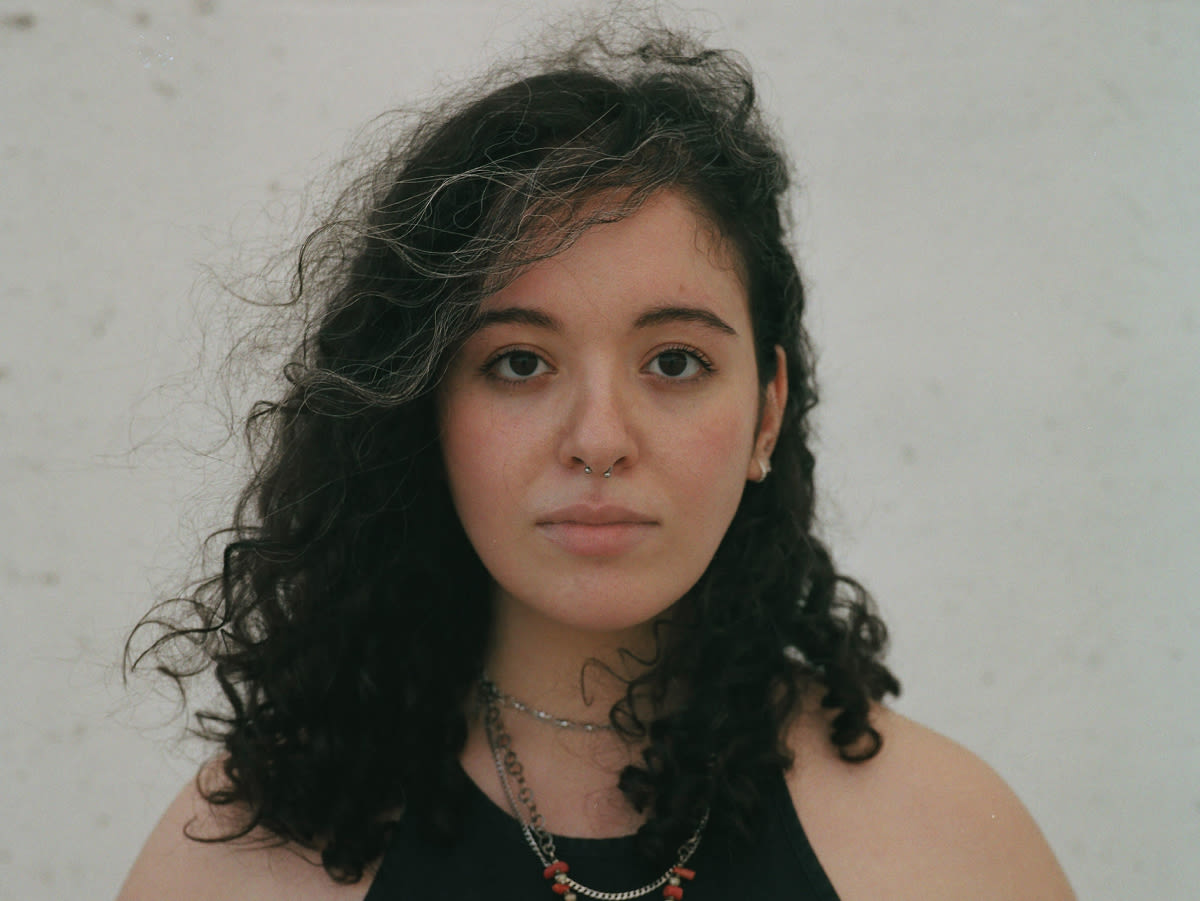 “Being a non-binary person and always having had a free-flowing sexuality, I had to hide a deep-rooted part of my identity from the rest of the world. I didn’t allow myself to think about the unease I felt inside my heteronormative shell, and I didn’t have the vocabulairy to express what I felt. Once I reached high-school, I began to explore a more masculine gender expression without really realising it, and I started to allow myself to develop more romantic and sexual feelings towards women. Only very recently am I beginning to feel comfortable and authentic in my own identity, and in hindsight, I realize that our hchouma is cultural, it eats away at us little by little. Because of our hchouma, we don’t have a queer history or any references. Our LGBTQ+ youth are making their own way blindly, without ever having the right to be who they are, unless they reject their roots and turn towards the West, which is supposedly more tolerant. I know this interminable vicious cycle of self-hatred, and I know it has repercussions. We are in a constant state of rupture, we tear ourselves apart in a thousand pieces in order to squeeze through where we can, and when we lose ourselves, it always takes time to find ourselves again.”

Besides the beautiful portraits and poignant testimonies, what I cherish the most from ”Hchouma” is how that same feeling was present for many during the project. Friendships grew between the participants, and the same shame that made most of them feel alienated has created a strong sense of kinship between them. 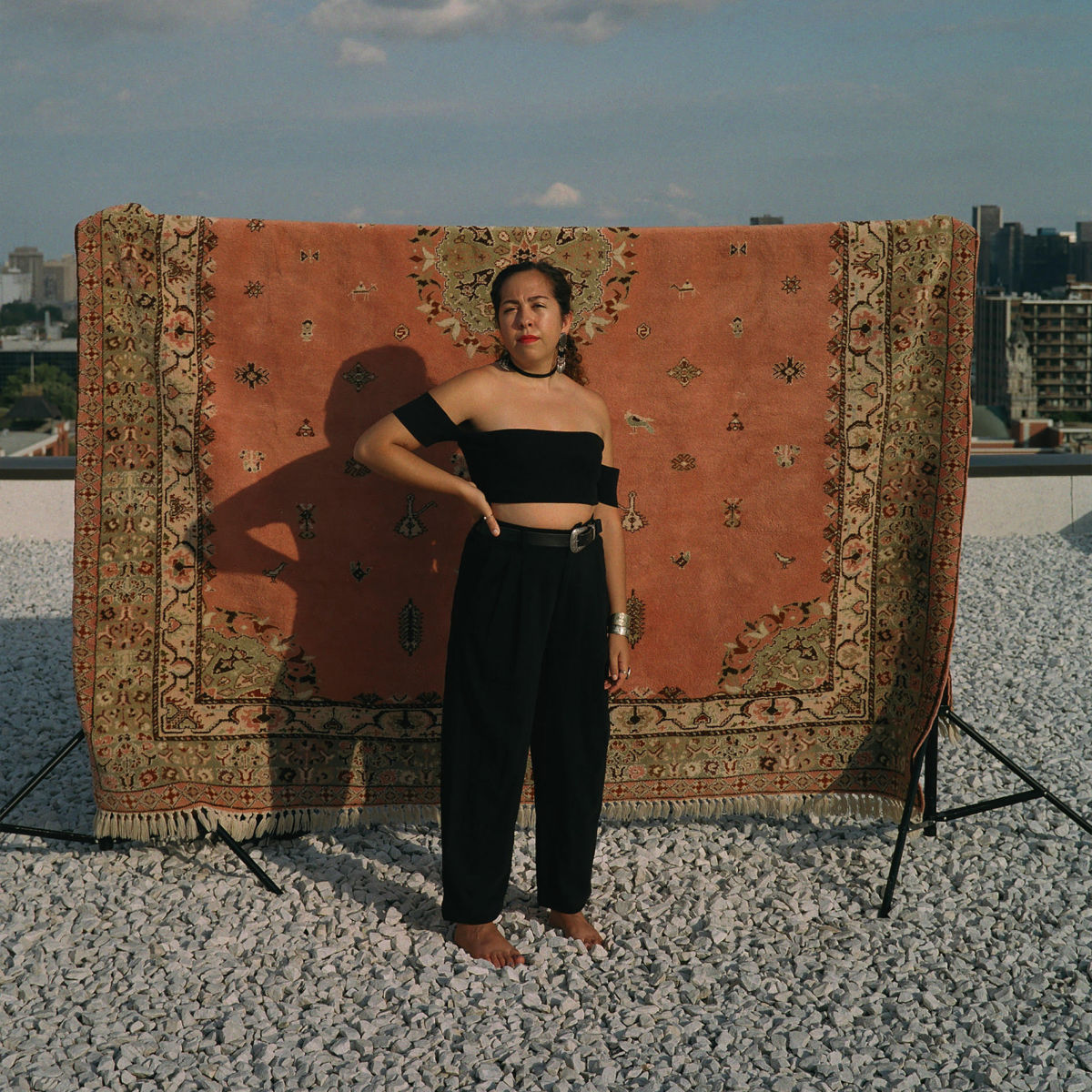 “ ‘Ahchem chouia’, the expression that first lulled the passage of my body from childhood to adolescence. I can still hear it ring out from my grandmother’s mouth, having seen that puberty had kicked in underneath my small two-piece bathing suit, but I didn’t yet understand the meaning, too occupied with ingenuously embracing the waves. Soon enough, through words and stares from the boys and men of our neighborhood, I understood that my body was hchouma. I put shame on a pedestal, she became the undisputed guardian of morality that guided my relationship with the body.”

While it is currently out, we want the project to grow. There’s more content Hamza and I will gradually add to the website including audio and more visuals. We also want to do a second edition in Morocco when life will allow it, and hopefully in France as well. We want to continue sharing people’s experiences with ‘hchouma’ and find a way to create a printed version of the project. In the meantime, I find a lot of solace in knowing that it brought people together, made them feel less alone, and allowed for honest and uncomfortable conversations to happen. 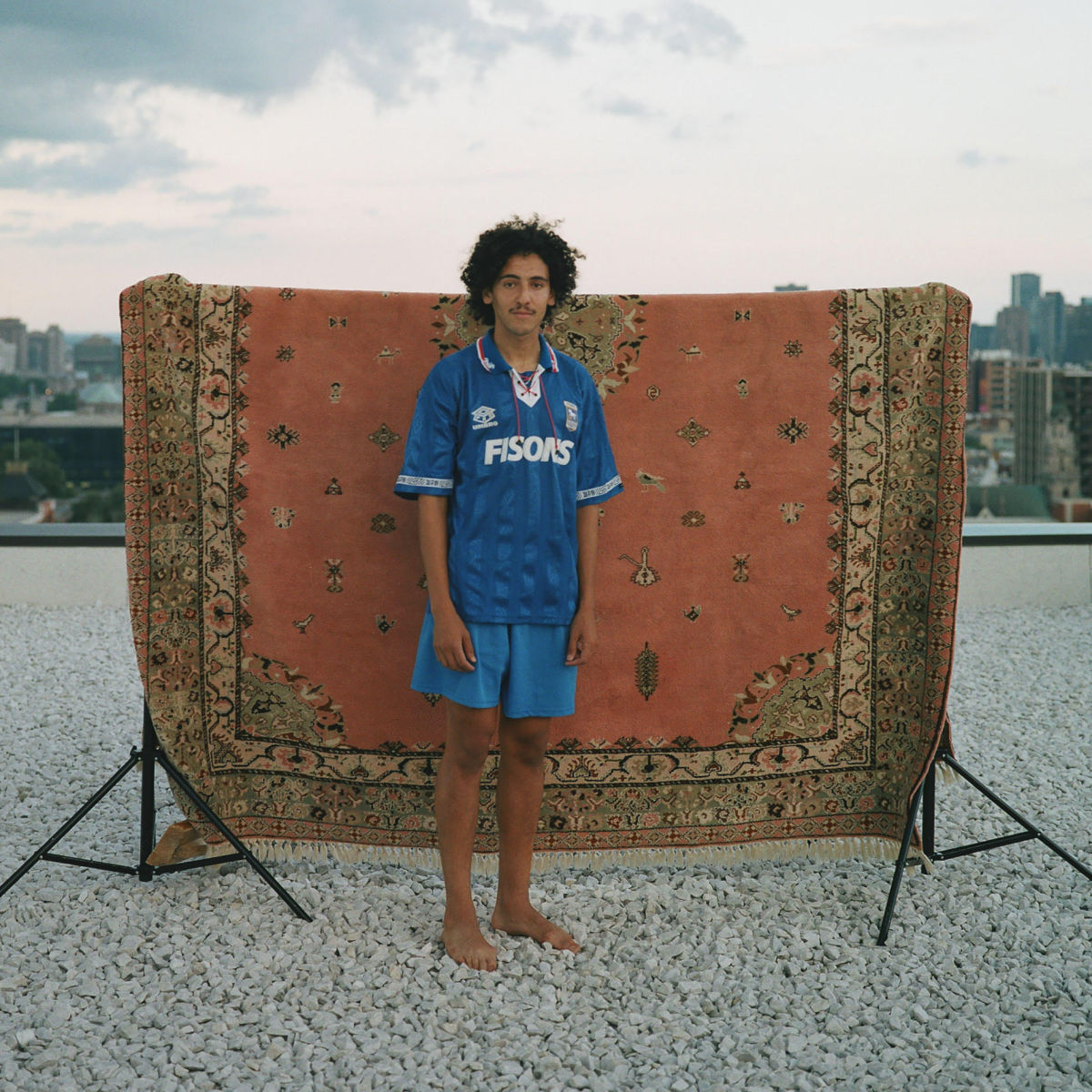 “Because in Morocco, it may not seem that way but we are very modest in regard to others. Therefore, that hchouma, is something that is tangible and that is an integral part of the Moroccan identity.” 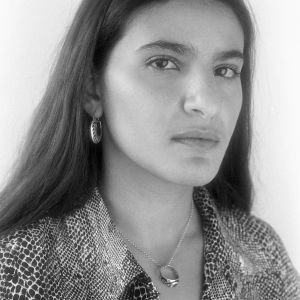 Soukayna is a multidisciplinary artist and writer with a background in film, art history, and French literature. Soukayna’s work is largely motivated by the dichotomies of their identity, and aims to center marginalized voices and erased histories in their writing and artistic practice.