Life, by the glass.

Restaurateur and wine connoisseur Ryan Gray takes us on a leisurely stroll through the vineyards of the lively natural wine world. 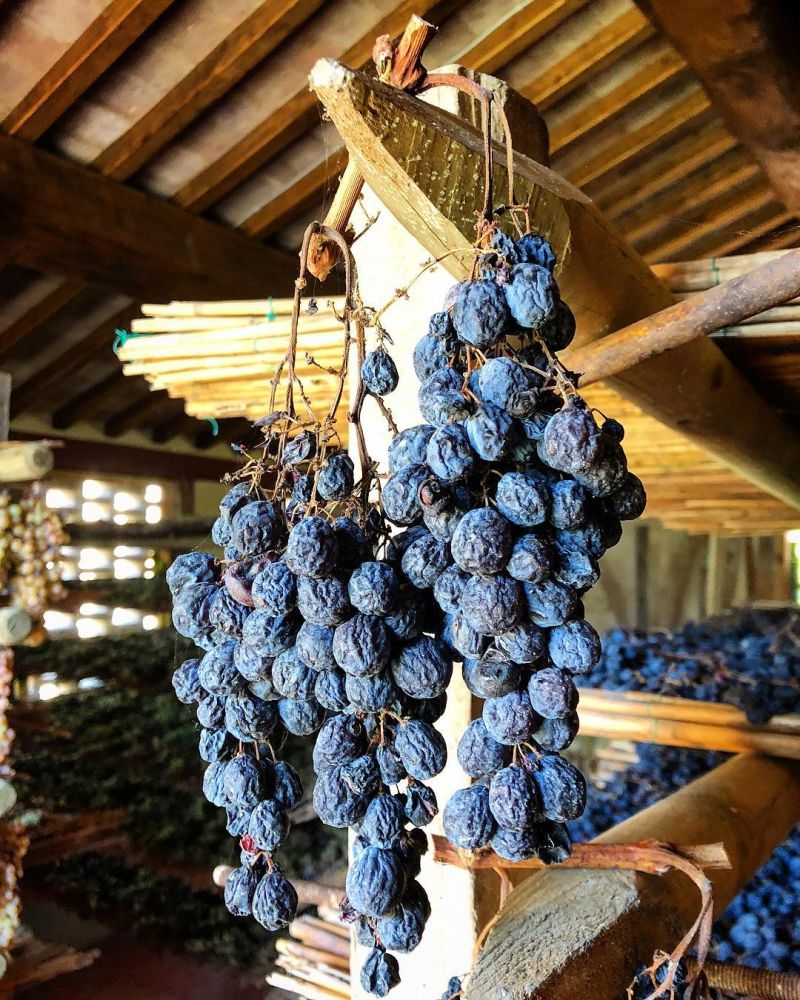 Canaiolo grapes being dried for Vin Santo at Pacina in Chianti, Italy

Ryan is part of a generation of restaurateurs that have made Montreal an unlikely hub for natural wine—this despite the fact that Québec doesn’t produce a ton of wine, natural or not—first as director of wine at Liverpool House, run by chefs célèbres Dave McMillan and Fred Morin of Joe Beef fame, and now with the two restaurants he co-owns, Nora Gray and Elena.

Ryan has been pouring natural wine for over a decade and before that he was pouring what people were calling biodynamic wine.

“I just call it wine,” he adds, pointing out that conventional wine only came into being after the Second World War. Before that, all wine was natural: winemakers would hope for a year with cooperative weather and good yields—quite literally squeezing the most out of whatever grapes the earth gave them. So, while natural wine may seem like a new movement, it’s actually the older, more traditional way of making wine. 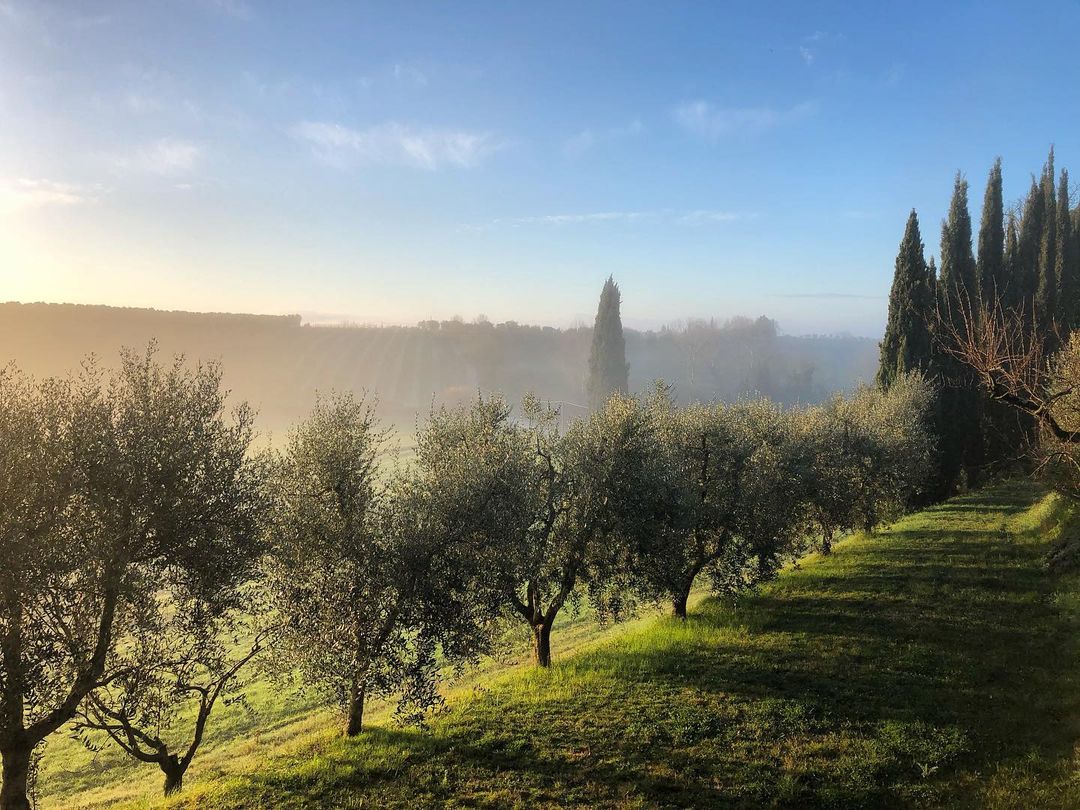 “Wine is like a pyramid,” Ryan says, “with conventional wine at the bottom and natural at the top.” There’s no limit to what goes into a bottle of conventional wine—pesticides, sulphur, sugar, yeast—or what might be removed. Next comes organic wine, which, contrary to popular belief, isn't much better. The only thing ‘organic’ about it are the grapes, which are grown with smaller quantities of less harmful pesticides and chemicals, but are by no means natural. Then comes biodynamic wine, which leverages the full power of a vineyard’s biodiversity and uses natural solutions to solve any problems. “Think tinctures or extracts to treat mildew, instead of chemicals,” Ryan says, before painting a picture of vineyards with onions growing in the soil or wild wheat alongside the vines. More than just being quirky and picturesque, these other plants are food for any pests that might otherwise damage the grapes.

Then, finally, at the top of the pyramid is natural wine or just wine, as Ryan calls it. “It’s a pure expression of a place in a bottle,” he says. And while that may sound overly poetic, it’s actually a rather accurate description. 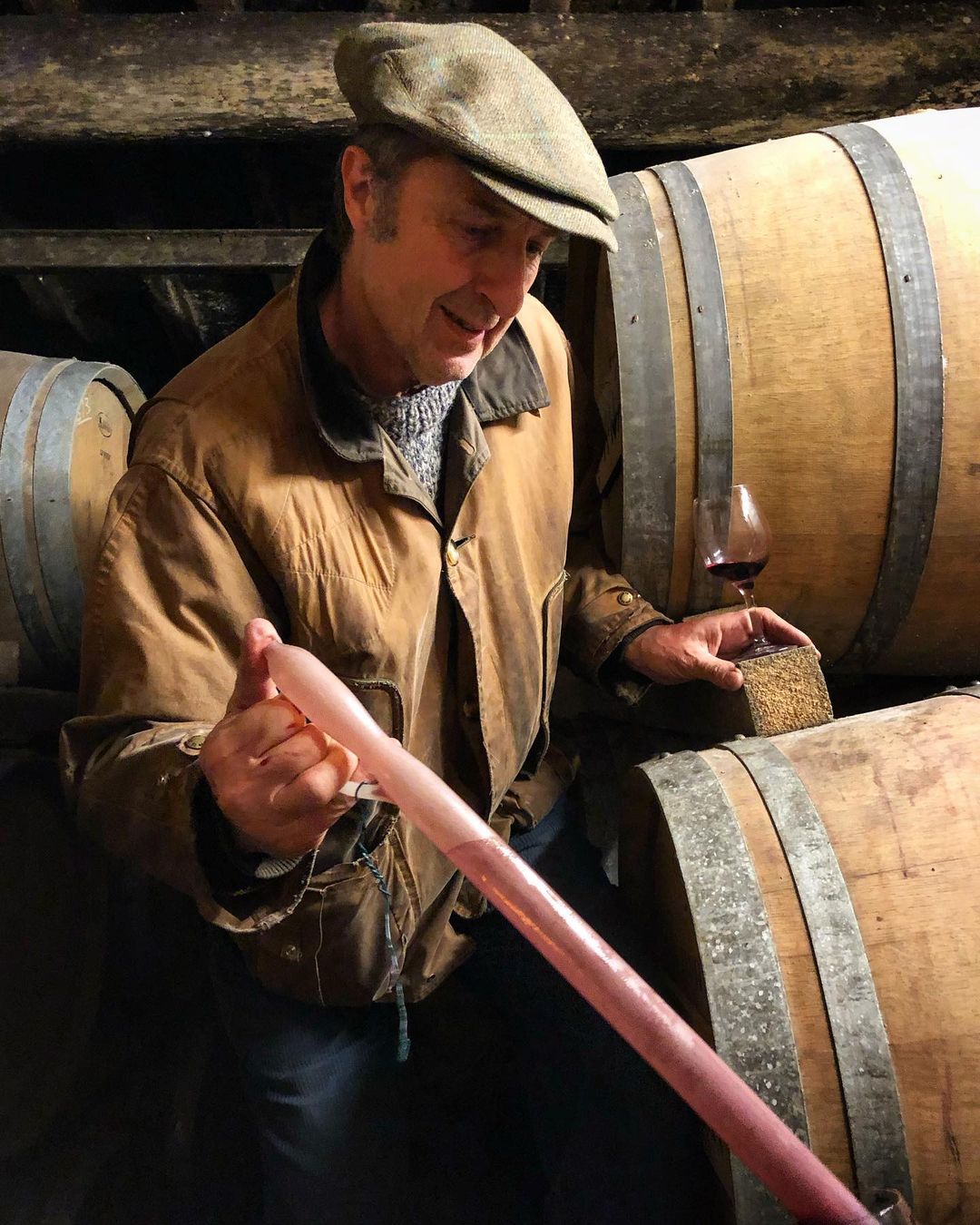 Not only does natural wine harness the power of biodynamic farming, but the winemaking process involves as little intervention as possible—be that in the form of addition or subtraction. Natural winemaking is imbued with a reverence for the earth and the soil that the grapes come from, with an emphasis on using indigenous grape varietals rather than imported or transplanted ones. “There’s centuries of figuring things out,” behind natural winemaking Ryan explains. “Why do certain grapes grow well on one tract of land and not another? One is a Grand Cru, the other a Premier Cru, and what’s the difference between them? Twenty feet.” But natural winemakers pay attention to those small differences, listening to what the land is trying to tell them, and learn how to get the most out of it.

There’s also a kind of resignation in the face of mother nature among natural winemakers, Ryan says, recalling their non-fussed attitude after a year with heavy rainfall that had conventional winemakers pulling their hair out. “Biodynamic land can handle a lot of rain and the intense weather that climate change is bringing, because the soil is alive and there are other plants there to help—a conventional vineyard can’t and they end up flooding.”

Plus, Ryan adds, “a little struggle is what makes great wine.” So natural winemakers don’t fret about a particularly inclement summer or any twists that mother nature throws at them—they embrace them and adapt, harvesting a little earlier, or mixing two imbalanced cuvées to get a balanced wine. 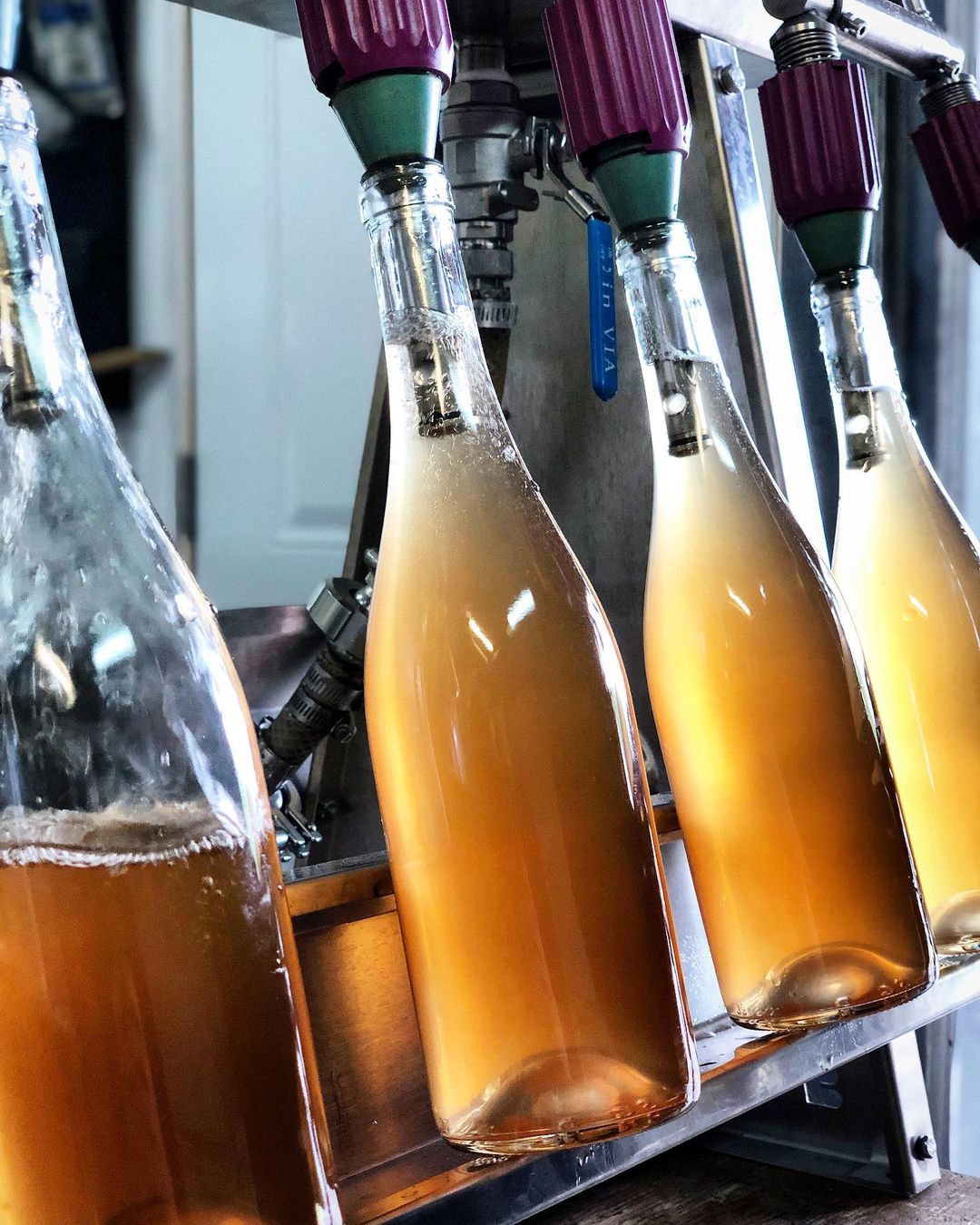 While the philosophy behind natural wine is undeniably great, there’s more to it than that. Perhaps most importantly, natural winemaking produces absurdly delicious and incredibly interesting wine.

“Conventional wine is sterile, heavy,” Ryan says, “natural wine is light, lively, energetic and there’s an acidity and volatility that pushes everything else up.” In talking about wine, Ryan is, himself, lively and energetic and incredibly interesting. The old adage that alcohol lubricates conversations is certainly true, but it’s undeniably different with natural wine. You’re engaged and active with a glass in front of you; because, as Ryan said, the wine is alive and it’s constantly evolving, “you’re sitting there, swirling, tasting and that acidity keeps you coming back for another sip, every time,” he says. There’s something to talk about, amongst friends, as the evening goes on and the wine changes. “It might be great the first glass, really fall off the second and be at its best a few hours later or the next day,” Ryan says.

He still remembers serving the first bottle of Radikon at Liverpool House in the late aughts, when there wasn’t really a natural wine scene in Montreal. “It was a couple who were really open to trying something, so I opened it for them,” he recalls, “and over the course of the evening, it was like ‘do we love this? Do we hate it?’ All we knew is that we wanted to drink more and I knew there was something there.” 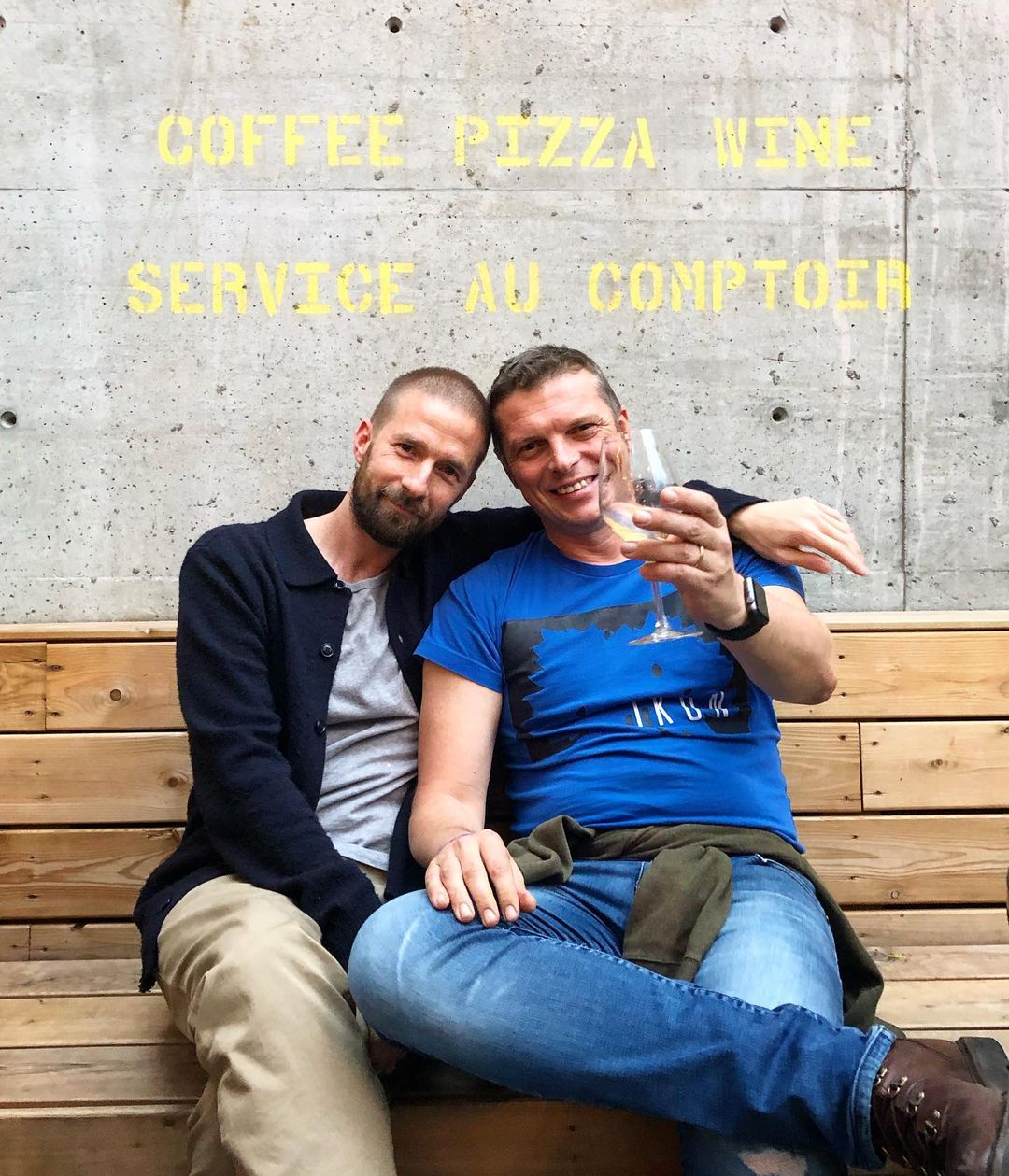 That something is about more than just wine, though. There’s something about natural wine that fosters a sense of community and brings out that aforementioned energy in those who drink it. It might end at the dinner table, but it starts with the producers, Ryan says, highlighting the fact that they stick together and help each other out. “There’s definitely a sharing of ideas,” Ryan says, and tales of other producers travelling to finish the harvest of a winemaker who passed away suddenly. These are small, independent producers—artisans—that “see themselves as stewards of a place” and a tradition more than they see themselves as businesspeople. They may be incorporated, but they’re not corporations.

While tantalizing, the world of natural wine can seem daunting to the uninitiated.

But it needn’t be. 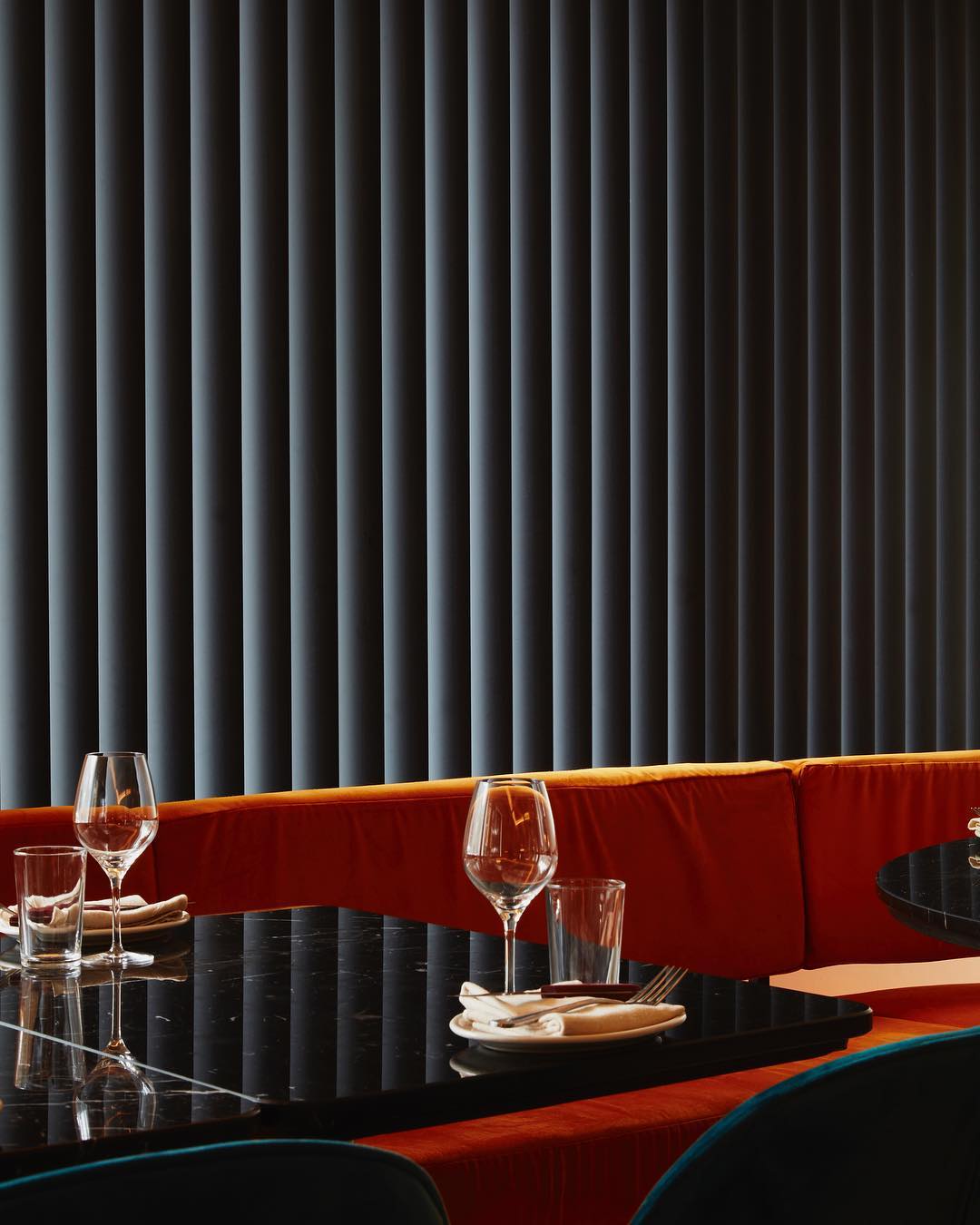 You don’t have to be a wine head—for lack of a better term—to enjoy it; you don’t have to be able to discuss the intricacies of a bottle’s acidity, or understand the differences between Barbera and Gamay, or know who Elena Pantaleoni and Stanko Radikon are. If someone wants to get into natural wine, Ryan says, “I like to start them with something that’s a little more traditional.” Because, yes, traditional-tasting natural wine exists—it’s not all funk. “It might look like a natural wine in the glass, but it tastes like the wine people are used to—only better.” It shows those new to natural wine that there’s nothing to be afraid of and that acidity or sediment or a little cloudiness isn’t just O.K., it’s actually good. From there, it’s a lot easier to delve into some of the funkier options available.

A gateway to better wine, better conversations and a closer relationship with the earth. 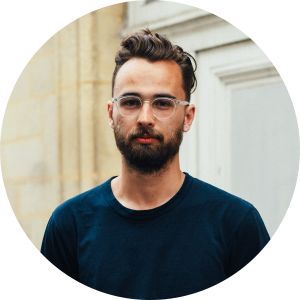