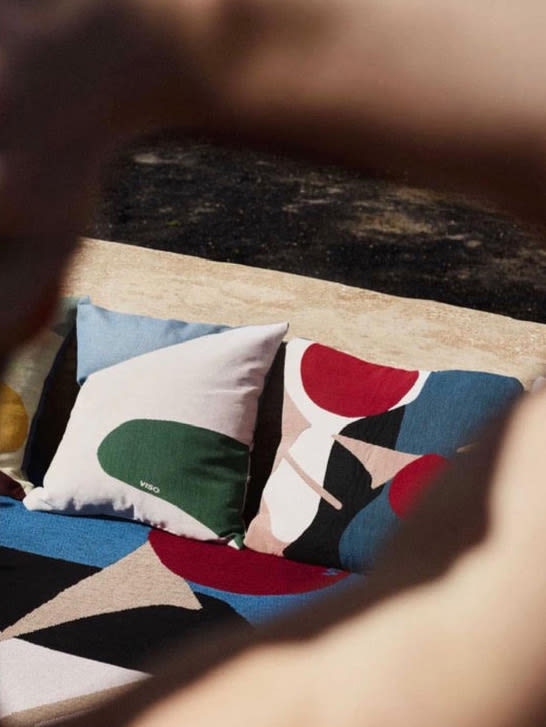 The smell of laundry in the wind, drying in the warmth of the Iberian sunlight —
David Vivirido remembers his childhood home in the north of Spain as always being very clean. His upbringing could not have been more different from London, where he met his Argentinian creative partner Francesco Sourigues 15 years ago. They both lived in the city’s gentrifying east side, which at the time had more burning cars than brunch restaurants.

There, they founded fashion magazine Hercules Universal. However, as they moved
into their 30s and away from London to Barcelona, their priorities shifted from their outfits to the objects that shaped their interiors — those that facilitated spaces and environments that made them feel comfortable and creative. This opened the door for their latest project, VISO.

Launched in 2018, VISO offers beautiful, sustainable homewares hand-crafted by
artisans — uniquely combining contemporary designs with traditional techniques, and available at accessible price points. Though Vivirido now lives in New York City and Sourigues is based in Madrid, the foundation of their partnership remains intact.

“We have an interesting synergy as we both think alike and have similar approaches
to concepts and designs —maybe us both being Geminis has something to do with it— but at the same time we are very different people,” says Vivirido. 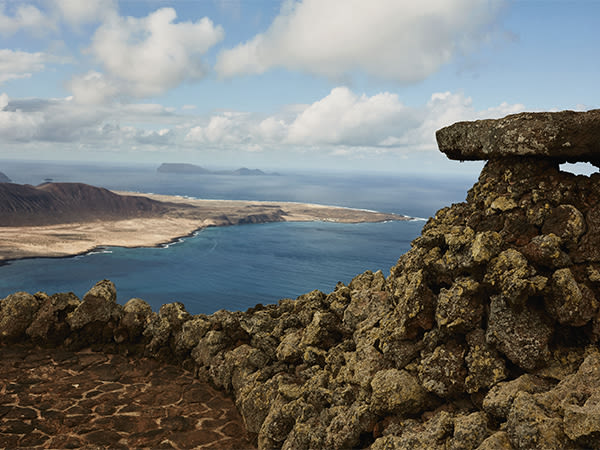 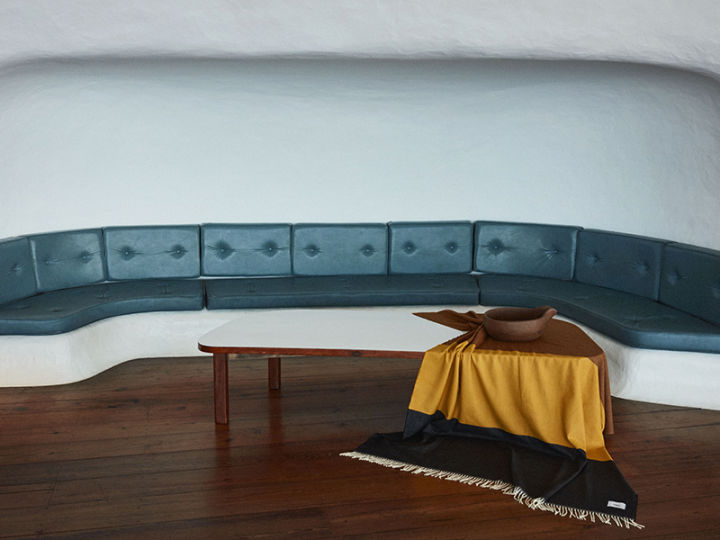 “Sometimes we have arguments about our points of view. But as long as we both
have an understanding and respect for each other’s vision, I believe it’s actually a good thing in order to grow,” adds Sourigues.

Their shared inspirations range from Pierre Cardin to Spanish artist and architect
Cesar Manrique, whose work on the Canary Islands was the basis of their recent photography book Earth, Wind and Fire — not named for 70s soul band, but rather the soul-enriching natural elements of the volcanic archipelago. 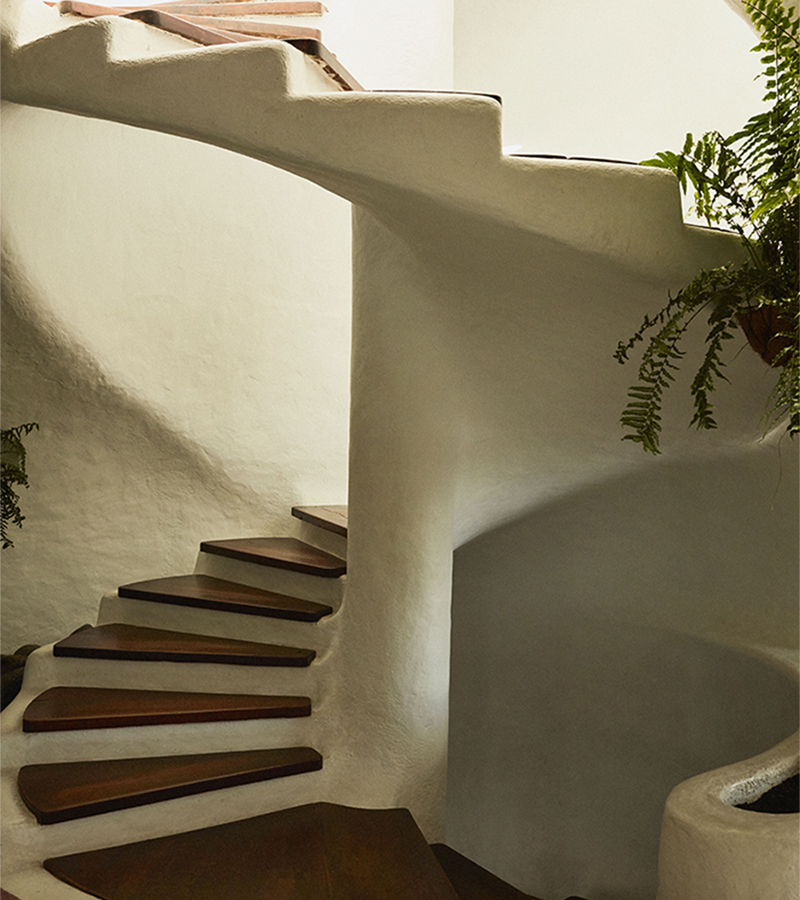 The Cesar Manrique foundation in Lanzarote.

“I love the way [Manrique] treated spaces and textures and the idea of the Mediterranean architecture that he introduced to an island that is technically in Africa. When you visit, you realize how strong and powerful the most basic elements can be,” says Vivirido.

Inspired by both natural and human history, VISO’s creative process often involves
coming up with a design and adjusting it to respect artisan’s traditional techniques. They aim to create a 360 lifestyle across household spaces and uses, with items ranging from modern mohair blankets made using centuries-old skills to edgy Kama Sutra-themed dinner plates crafted by an elite Spanish porcelain manufacturer.

For said plates, Vivirido and Sourigues approached the artisans with a concept that
juxtaposed grandma’s china with figures performing both gay and straight sensual acts. 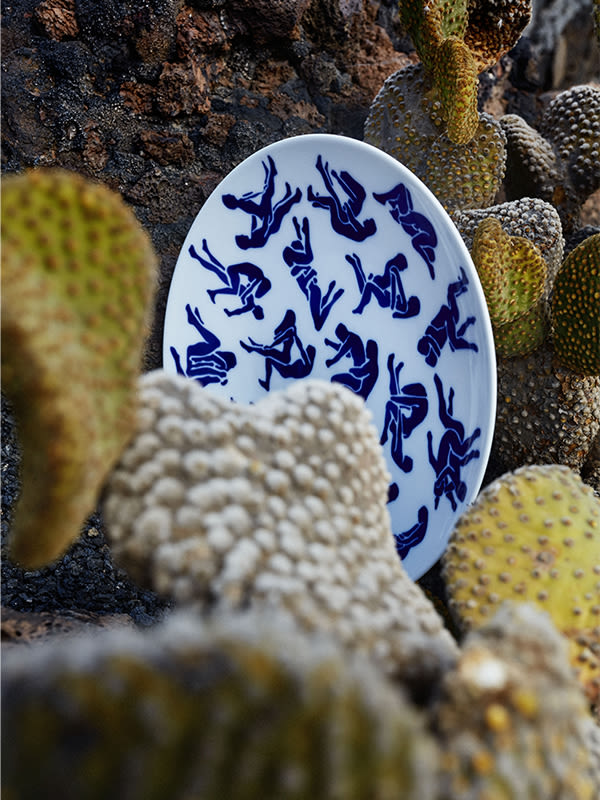 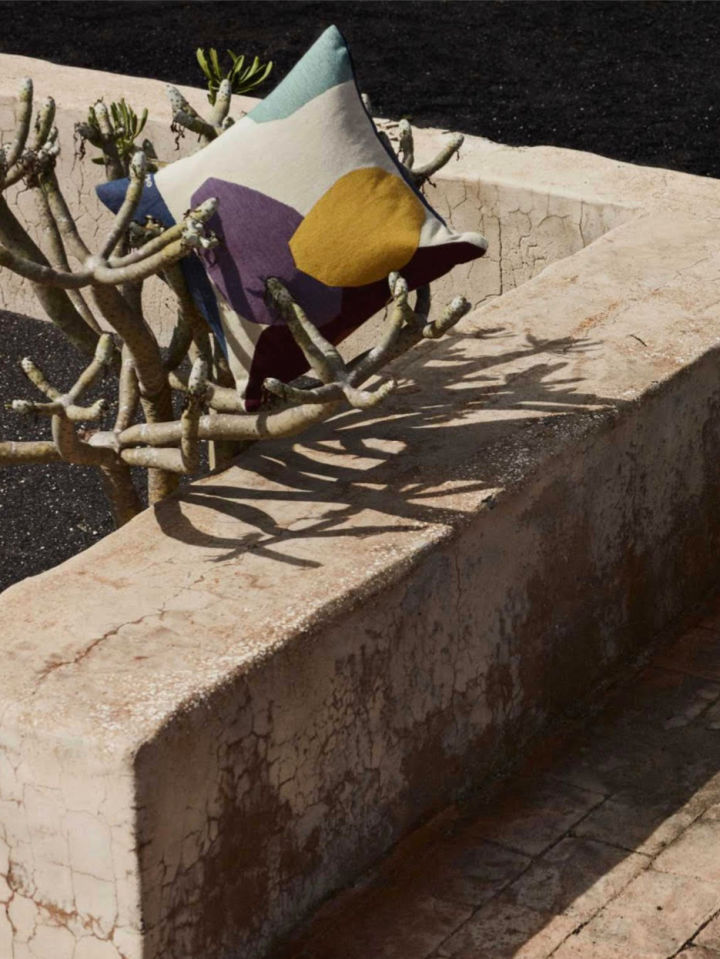 “When we proposed it to them, they said, ‘I'm sorry, but we can't co-sign these
products because it doesn't stand for the values of the company,’” says Vivirido.

Fortunately, developing friendships and trust has become a specialty for the pair. Today, the plates are among their most popular items. Adapting to different viewpoints is a necessity; around 90 percent of VISO’s offerings are made in limited productions by artisans in Spain, where craftsmanship has been heavily influenced by centuries of exchange with Northern African and Moorish cultures. Vivirido and Sourigues often drive around the Iberian Peninsula to meet manufacturers in their homes, many of whose families have perfected their craft over generations.

“I've gone to see factories where it's the dad that picks me up from the train station and then we meet up with the grand-dad and the whole family shows me around,” says Vivirido.

Besides preserving the artisans’ heritage and history, Vivirido notes there are sustainable benefits to someone who makes clay vases in their atelier, versus a factory that manufactures 10,000 to achieve a price point. Not only does the latter promote harmful industrial practices, but also a culture of disposability.

“It’s the mentality that I can just buy another plate if I break one because it’s cheap. When you have something that’s made by an artisan and you cherish it, you’re more likely to buy less and keep things for much longer,” says Vivirido.

He continues, “Our approach to sustainability is creating high-quality objects that can last for generations — a beautiful blanket crafted by a family who’s made blankets for 400 years and that you can pass down for another hundred.”

As our world becomes more globalized, cultures and creativity are bound to collide.
VISO is proof that this does not have to lead to unresolved conflict, but rather exquisite creativity — connecting our fast-paced lives with a slower, more thoughtful craftsmanship we can covet now and cherish forever. 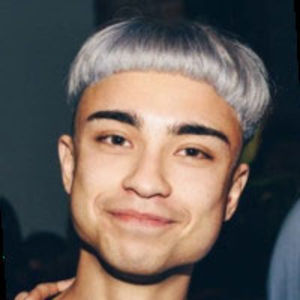 Philip Mak is a London-based freelance copywriter and journalist. His work usually covers sustainability, culture, and fashion and beauty though he will try anything once. When not writing, Philip is probably shopping, travelling or doing nothing to save for the first two.