The colourful community of The Baba Tree Basket Company 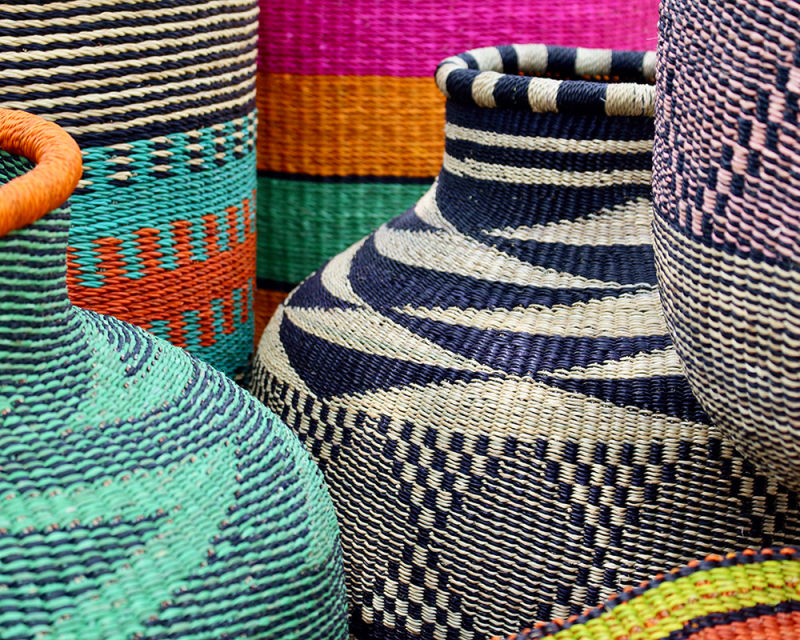 It’s 5 o’clock in London, the cold wind and wet weather soon feel distant as I dial through to Gregory MacCarthy, founder of the Baba Tree Company, in sunny Bolgatanga, Ghana. Renowned for its impeccable craftsmanship in wood carving, vernacular construction, weaving and indigenous pottery, Bolgatanga holds the pulse of Ghana's cultural identity. It’s no surprise that this is where MacCarthy established Baba Tree, the basket company that is becoming one of the largest contributors to the weaving capital.

Instantly greeted with a warm and contagious enthusiasm, he transports me virtually to Bolgatanga, navigating the colourful workshop with his video camera and encouraging artisans to jump in and say hello. We completely forget that we are strangers -- MacCarthy is at ease welcoming us into Baba Tree’s “functional paradise”, built on Ghanaian craftsmanship, collaboration and a strong moral compass.

Rebel with a cause. Gregory MacCarthy was born in Canada, travelling to and falling in love with Ghana in the mid-90s.

Traditionally made to complete daily social trading activities, African basketry designs derive from an alchemy of nature, dried and repurposed materials that unite culture and design. Like many African artefacts, the Bolga basket (for short) quickly became a dynamic and interchangeable piece within the uprising trade industry, which undeniably became a much sought-after product in museum collections, showcasing its artistic value.

Recognizing the potential of putting together a weaving cooperative and building a business ecosystem that acknowledges and rewards artisans, MacCarthy, a Canadian-born businessman, sought to create a company that offered healthy incentives for weavers.

This mindset derives from his political stance and eclectic past. As a young man, he was “a bit of a black sheep,” failing to accommodate his conservative friends and family by attending nuclear protests, advocating for environmental preservation and rejecting excessive consumer culture. With these principles, MacCarthy found himself travelling to Ghana in the late 90s with an appetite to study Ga Cultural music. There, he found great pleasure in the traditions of drumming, and discovered craft.

Intertwining these diverse interests and experiences, MacCarthy started his new life in Ghana from humble beginnings:

“We used to do all of our business on bicycles going around neighbouring villages and attending meeting groups, conducting contracts”.

Seizing the opportunity to create impact

MacCarthy’s entrepreneurial foresight crafted Baba Tree to symbolize ‘community evolution over a product, encouraging a happy ethical business culture.’ With its recipe of ethical ideals and a radical vision to shake things up socially in Ghana, The Baba Tree Basket Company is investing in a female workforce to do what is traditionally men’s work, basket making.

“There’s a big misconception that women make the baskets but it’s traditionally men’s work. In our workshop it’s 80% women and 20% men,” says MacCarthy.

He introduces me to a woman named Lydia who is happily interrupted by Gregory and his casual disposition. Her hands are swiftly preparing the beginnings of a Baba Tree basket whilst Gregory narrates the lengthy process. Lydia splits two strands of straw called elephant grass between her teeth and rolls it together resembling a long winding staircase.

Just before the straw is transferred for dyeing, all the work is unrolled to guarantee malleable straw for further creation. The length of preparation determines the final cost. With some baskets taking up to three days to weave, the upscale pricing now reflects an artisan’s labour.

MacCarthy adds that he plans to create a women’s area specifically catered for women with babies and toddlers, with a place to educate their children. All employees benefit from filtered water, healthy food and national insurance, aspects of working life that are often overlooked in Ghana.

“When you come here, you forget about all your problems. It is a safe space. You laugh and flirt, dance and work,” says MacCarthy.

Cultural exchanges are a vibrant way to keep traditions evolving. In 2013, MacCarthy received an email from a woman in South Africa, inviting Baba Tree alongside four other weaving groups from five nations in Africa to travel abroad and study new weaving techniques. The Baba Tree weavers studied at the National Institute of Design in Ahmedabad, India for three weeks.

“[The artisans] had never left Bolgatanga, never even been on a plane. The technique for the big curvaceous specialty baskets were born from our trip in India. And we came back and kicked ass!”, says MacCarthy, further demonstrating the need to expand the horizons and communal engagements through learning components.

Step by step, MacCarthy unearths the blueprint of the land, speaking the native language, Gurunee, of the Gurunsi people, now and again to remind us that this is not only his trade, it is where he lays his hat.

He furthermore actively credits artisans by keeping their name proudly next to the basket they’ve created. This acknowledgement humanizes the exchange between the consumer and creator. By adopting meaningful capitalism he is not only challenging the status quo, but inspiring others.

“I’m really proud of it [Baba Tree]. It’s an incredible dance between the masculine and feminine. And that’s what the world has to be I feel. Things get done [here] with sensitivity.” 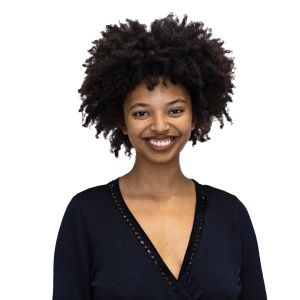 About About Amber Joy