Charles-Antoine Bodson - An Aficionado of Life, Travel, And Social Good.

Words by Faith-Ann Young
Photography provided by The Skateroom 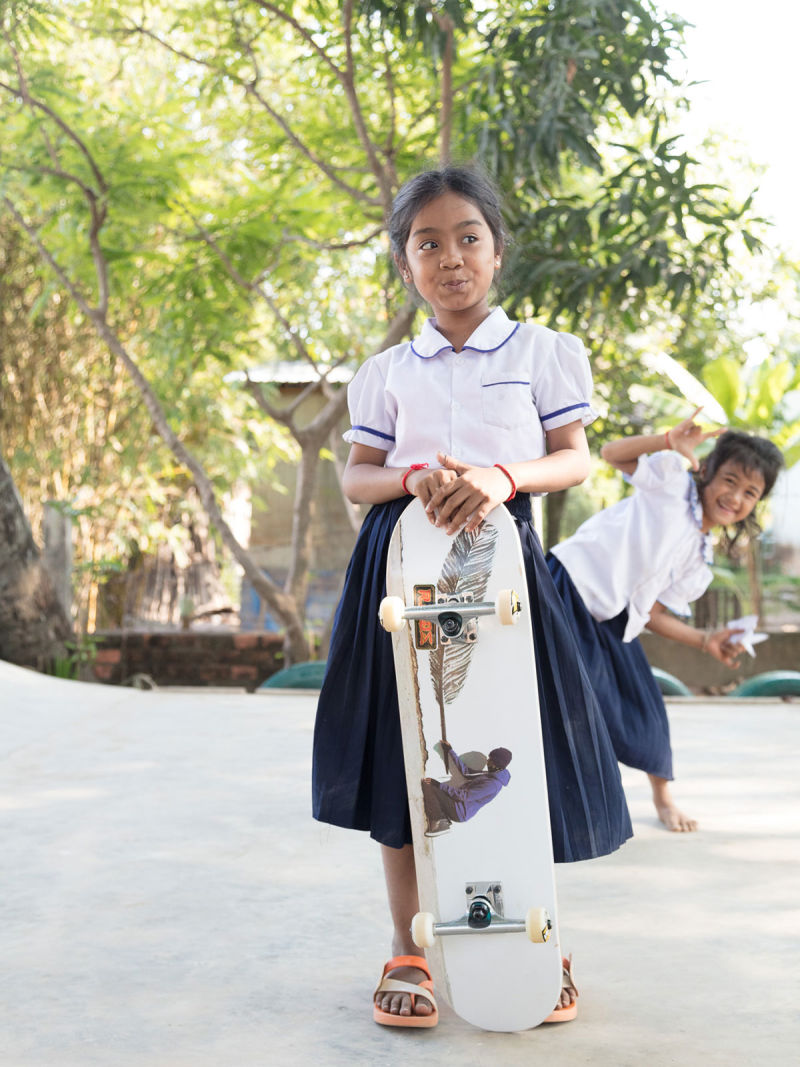 Little girls learning to skateboard from the Cambodian Skateistan Center

Charles-Antoine Bodson, seated, with his team at The Skateroom HQ in Brussels, Belgium.

“I love life and I have to LIVE life,” says Charles-Antoine Bodson, the CEO of the art and social impact company, The Skateroom. While Bodson technically lives with his wife and two daughters in an art-filled house in Brussels, he is constantly on-the-go - forging collaborations around the globe with artists and helping various NGOs in at-risk and war-torn countries. As such, the 44-year-old nomad often makes and finds ‘home’ in the most unexpected places - whether it is in the desert under the stars in Amman, Jordan, backpacking solo, or retreating into the woods.

The son of one of the most prominent CEOs in Belgium, Bodson’s childhood was close-knit and family-driven. Due to his father’s work in the Energy sector, his family moved frequently, from the USA, Germany, England, then back to Belgium. Because of his father, who was “a real adventurer, a maniac of nature, of desert, of the forest...and a maniac of working,” Bodson travelled with his sister to far-flung destinations across the globe, from Ladakh to Luxor.

An intense and rebellious child, at 14 years old, Bodson snuck out of his house to go to a party and on the way back home, was in a near-death car accident. He spent the next 11 months in a hospital and 6 more regaining strength back at home. But this did not diminish his fearlessness and love for adventure. He proceeded to backpack the world many times over - (25 trips and counting) and rather than follow his father’s footsteps and join a large corporation, he launched a series of successful businesses: a gift voucher company, where people could purchase adventures and experiences for their friends, and then an art gallery in Belgium, which solidified his love for and connections with the art world.

His life path shifted, however, in 2013, when he met Oliver Percovich, the founder of Skateistan, a non-profit that teaches skateboarding and education to kids in Afghanistan, Cambodia and South Africa. As a favor, Bodson sold part of his own art collection and raised $50,000 for Skateistan. Inspired by the notion that art could have a great purpose, he closed his gallery and started The Skateroom. “I immediately loved what I was doing, going into different countries which are difficult, working with artists, all for a greater good.”

Since, he has created an impressive series of special-edition skateboards featuring artists like Ai Weiwei,
Jean-Michel Basquiat , Keith Haring , JR to Jenny Holzer. While each piece is eye-catching, the main priority is to give back: 5% of the turnover or 25% of the profit from every sale– whichever number is greater - is donated to NGOs. Thus far, The Skateroom has raised over $645,000 to fund 33 projects dedicated to empowering at-risk youth around the world. Their work in Afghanistan is particularly inspiring: While the Taliban forbids women from reading, education, and many sports, it does not forbid women from skateboarding (because skateboarding remains a relatively new sport.) When Bodson and Percovitch visited a tiny village 20 km North of Mazār-i-Sharīf years ago, they met 8 girls who wanted to learn how to skate. Three years later, after the program began, Bodson visited the same girls and they proudly showed him skate tricks while speaking English fluently. Since 2007, Skateistan has provided skating, education lessons, and hope to thousands of young girls in Afghanistan; today, skateboarding is one of the most popular sports for women there.

Meanwhile, Bodson continues pushing boundaries. This year, The Skateroom is doing a big launch in NYC and LA in February, involving a highly engaging political art piece by Jenny Holzer and another big project with Japanese artists in April at the LACMA. “When I love something, I am totally into it.” Bodson’s love for art, travel, and social good shows no signs of stopping.

Editor's note: Goodee is thrilled to share that the documentary "Learning to Skateboard in a Warzone (If You're a Girl)" won the 2020 Oscar for Best Documentary Short Subject featuring the work of Skateistan in Kabul, Afghanistan. The Skateroom donates a percentage of sales to support Skateistan. 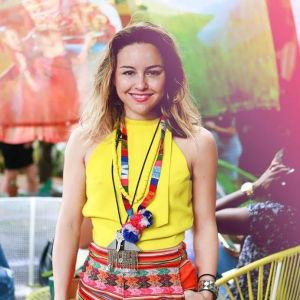 Faith-Ann Young is an Australian-born, half-Japanese artist, creative director and CEO of the creative agency, Mossy Creative. She's written about art, music, and culture for numerous magazines including Dazed & Confused, Monocle Magazine, and Dwell. She lives by the beach in Los Angeles with her husband, toddler, and sleepy pug named Steve.

How the collaboration with ethical fashion brand KOTN came to be and how it took us on a meaningful journey between Canada and Egypt.