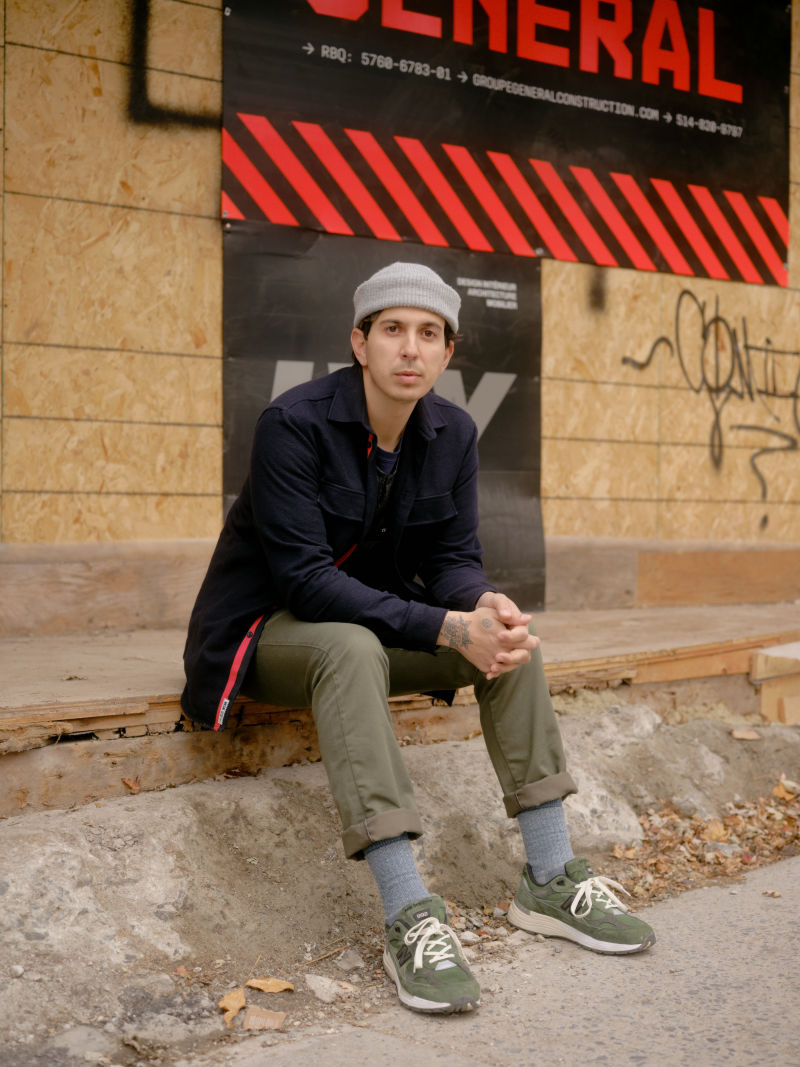 The day I spoke with Danny Smiles, he was on his way to pick up Ossobuco for his dad’s 75th birthday. Growing up, food was always a household fixture. “My mom and my dad are both incredible cooks,” remembers the former Bremner head-chef and TV personality, thinking back on pantries stocked with fragrant spices and crispers overflowing with freshly picked herbs. Born to an Egyptian father and an Italian mother, Danny’s upbringing is a familiar story for so many children of immigrants — a combination of stern sensibility, strong family values, and an appreciation for a home-cooked meal. Danny Smiles, a hyperactive, music-obsessed teenager, would end up becoming one of Canada’s best-known culinary figures.

“It always started with hospitality. My parents made everyone feel welcome. I think that’s what helped me build my restaurant — that’s what a restaurant is supposed to be.” That type of hospitality would manifest itself after a trip to Italy. With the guidance of locals, Danny started embracing the restaurants in small towns, tucked away in hidden corners of unknown piazzas, “I saw this restaurant and, for the first time, I didn’t open up my phone. I just thought, this place looks amazing and we walked in.” It would be a meal at this small cantina in Modena that would be the most impactful. “There was a Napoletano family watching a soccer game. I’m a big soccer fan and even though we don’t go for the same team, they fed us, they brought out bottles [of wine] from their private cellar. The tab at the end was like 65 Euros. I spent 800 Euros at Osteria Francescana the night before. The food was exceptional, a nonna was cooking — it was family, it was locals.” The experience, for Danny, epitomized the energy and spirit of a good meal with family. “I feel like I’m going back to that now.”

The now Danny refers to was supposed to be right now, but the world would have other ideas. Just months away from the grand opening of his first solo restaurant, Fortunato, in Montreal’s Saint-Henri neighborhood, the restaurant industry changed overnight. In Canada alone, it saw the loss of 800,000 jobs immediately following the lockdown. Danny needed to provide an income for himself and his family, but he also felt responsible for his staff, many of which had been by his side for years. “When March 15th hit, I was pretty depressed, to be honest. It was a tough one, but you go into this survival mode. I wasn’t like, ‘we’re going to [open Fortunato] because I really need to do this’. I didn’t want to open up a restaurant in these times. I looked at what we had left in the loan and I said ‘let’s invest in a food service company.’” Seven months later, Fortunato’s doors remain closed, but his meal-kit company, Mise En Place (MEP), is thriving. “I took my approach [of cooking and hospitality] to a food service company.” The idea was to pivot in a way that embodied the spirit of hospitality and old-world generosity that is synonymous with Danny’s cooking, and package it so that it was safe for customers and supportive of the fragile restaurant ecosystem that was reeling in the effects of a province-wide lockdown.

“I’m the type of guy that would rather see everyone happy before myself. I’ve always been like that.”

In launching Mise En Place, Danny created jobs in a time of unprecedented unemployment. However, it wasn’t just cooks and waiters suffering; it was local suppliers too. “The relationships I’ve built with suppliers over the past nine years to try and source the best carrot, the best olive oil, the best halibut — that took a lot of time. From one day to the next, you’re not using the suppliers anymore.” With their businesses upended, these local farmers and suppliers were relying on him. While he couldn’t single-handedly save the industry, opening Mise En Place meant he could still purchase products from his suppliers while other restaurants were struggling to adapt. From the use of the fishmongers, butchers, and vegetable suppliers like Jean-Talon market stalwart Birri, he ensures that every MEP meal sold supports these small businesses. In his online Chef’s Market, Danny supplies imported and domestic specialty products as well as ready-made dishes from local businesses in the area, like Vin Mon Lapin’s carrot cake, empanadas from Beba and salads from Arthurs Nosh Bar. For Danny, it’s not about making money, it’s about doing your part to keep the industry alive. “I’m the type of guy that would rather see everyone happy before myself. I’ve always been like that.”

While Danny was aware of the importance of giving back to the suppliers that supported him for the best part of a decade, he was also acutely aware of the environmental problems facing farmers and the world alike. Le Bremner tackled the grievous food-waste issue with one of Montreal's first restaurant composting programs. His new business, however, faced a new set of hurdles — packaging and transportation. “We want to be as environmentally responsible as possible. All of our containers are compostable, we have electric cars for deliveries, we sourced compostable cryo-vac bags.” It’s a radical move in an industry that often favours cutting costs over doing what’s right.

“When you gain a certain notoriety, you can’t stop. This is what you’ve always wanted? Well, there’s going to be hard times and you need to be at the front lines. You need to be there and you need to fight.” As an industry leader, Danny knows he has a role to play in supporting his community — but he also knows the role his community has had in supporting him. “I wouldn’t be able to do it alone, you need these people. What makes Danny Smiles and Danny Smiles’ restaurants are the people that I have with me. We do it all together.”

Danny at Arthurs Nosh Bar—one of the restaurants featured in his Chef's Market—with Pumak. 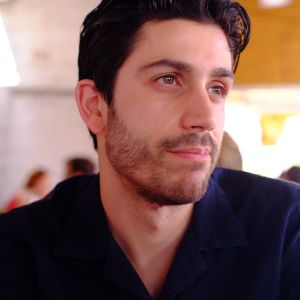 Clay Sandhu is an epicurean and a Montreal-based writer. After a decade of working in kitchens, he turned his focus to writing on food and the way it intersects with community, economics and culture.

The Art of Giving

The Goodee Team shares personal stories on the act of giving

Tensira: A place of love

Ancient family traditions blend with a modern take to create mindfully crafted pieces of comfort for the home.