On The Furniture of the Mind & Soul

Words by Fariha Róisín
Photography by Oumayma B. Tanfous 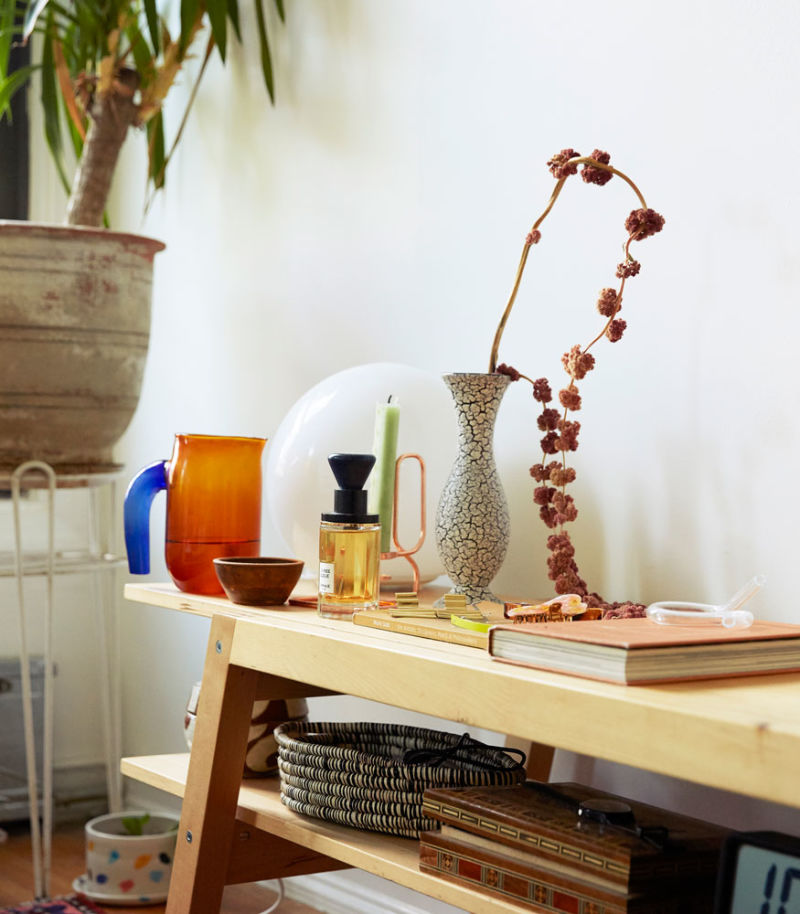 Memories of home are important collections for healing.

These memories allow you to establish a foundation of self that are filtered through tangible moments of comfort. Home is an underrated necessity. When you don’t have a home, the longing for it pulses through you like an unresolvable ache, to be without that foundation can hurt you with an incomprehensible tenor.

Longing for home is a motif that we find throughout art—whether it’s finding a home through love, or searching for it in abstract ways—the spiritual recognition of finding yourself, of loving yourself and the world, can be tied to a home. Were you happy in your home life? If not, that absence can be destructive. But it’s one we often forget to acknowledge. How the privilege of having a home shapes you, and affords you a stability that others might not have.

A few years ago, on an episode of On Being, Irish poet John O’Donahue spoke of how the landscape of the natural world can have an intense impact on the way you interact with the world, “An awful lot of urban planning, particularly in poor areas, has doubly impoverished the poor by the ugliness which surrounds them.” To be outside of the access of everyday beauty—the way flowers tilt in the bright summer sun, or the uber-green of the first spring trees—is a way that you are further disadvantaged. This, therefore, obstructs your ability to heal. “And it’s understandable,” he says, “that it’s so difficult to reach and sustain gentleness there.”

If we think the world has been unkind, many of us will reinforce that unkindness as a way to instigate justice. But, humankind is complicated. Miracles exist and have a way of revealing themselves. Accessing gentleness -however sometimes impossible- can often be a way to signal a miracle. To embrace abundance makes you abundant.

Since hearing O’Donahue speak of the phenomena—how urban environments lack comfort, or how their harsh exterior is positioned to encourage fast-paced moving... how the bleak confines of an urban jungle within a city like New York (for example) can give little room for reprieve or reflection… since thinking through all of this, I’ve started realizing all the ways in which capitalism enforces a constant propelling movement forward. Without giving space to confront our past, or allow us to come back to ourselves through healing.

When many of us have traumas tied to our ancestors, or cycles of violence tied to white supremacy, patriarchy or capitalism, it becomes a breeding ground for a continuation of trauma. Without giving space to heal, we suspend ourselves in that state. And when we’re triggered, it’s easier for us to collapse entirely.

O’Donahue goes on to explain how his friend who lived in London was exhausted by the pull of the city. She was tired of the endless transport that’s designed purely for functionality, the streets that were over-crowded, the hecklers and the people who bump into you without consideration. Finally, she took a reprieve. “[She] spent the week by the slow ocean, and she’s totally recovered. She’s come back to herself.”

"Without giving space to heal, we suspend ourselves in that state."
The beauty of the landscape of the natural world has the ability to let you heal.

The mastery of understanding yourself, through reflection is one that we’re just beginning to fully comprehend. Hollywood is suddenly realizing that representation has importance. You cannot starve marginalized folks of honest, beautiful interpretation and expect them to like themselves without direction.

Similarly, environments have the same effect. To not see beauty, to be impoverished of the landscape of rolling hills, or vast elm trees that cocoon you with their leaves, the bark like patterns of swirling space and the interior circles of gemstones such as amethyst… to be robbed of that beauty can be cataclysmic. Especially if you’re particularly disenfranchised.

In Alan de Botton’s “The Architecture of Happiness,” he explains that architecture stands in for the natural landscape that is lost in an urban setting. Muslim art and architecture understood that in order to inspire people to be in remembrance of God, they needed to be stimulated and moved through the spaces they occupied. Mosques were built as a reminder, God is all around us.

“The moral equation between beauty and goodness,” de Botton writes, “lent to all architecture a new seriousness and importance.” He went on to explain, “We might even, the early theologians suggested, come better to understand God through beauty, for it was He who had created every beautiful thing in the world.”

"But, if we can’t—or don’t—see anything beautiful in our surroundings how can we be expected to evolve? Evolution is contingent upon inspiration."

Philosophers have often asked who is God? Is God a reflection of who we are, as humans? If so, then taking note and remembering beauty is vital in considering our own divinity. But, if we can’t—or don’t—see anything beautiful in our surroundings how can we be expected to evolve? Evolution is contingent upon inspiration.

This is why money is a privilege, capital is one too.

I did not grow up in a good home. I’m also a child of roiling parental abuse.

These two things have marred my access to “nice things” as I rarely believed I deserved them. But once things got so bad with my mental health, I realized I needed an effective technique to pull myself out and so I found a way to work through my pain. I began to see that I had a certain amount of agency, as we all do, to process my emotions in a way so that I could heal. There are a few ways I achieved this, but slowly I started building myself a home through the objects that I collected. First, I began to invest in ceramics. Little by little, with the small allowances of my paycheque, I began to build myself a catalog of nice things.

Soon, I started expanding—plush Afghan carpets, regular bouquets of tulips, nice natural wine, hardcover books by Zadie Smith—I was building myself a home I never had. A safe haven for myself. Like Donald Judd, I became a purveyor of specificity. He, famously, collected something when he liked it. I found myself doing the same thing. If I traveled, I’d pack the same Jasmine oud, the same Everyday Oil, the same striped blanket I stole from an airplane—so that home was always with me, wherever I went. I found myself in the beauty of these objects. And, that serenity began to mirror how I viewed myself, and then the compassion I could give the world.

I am better for investing in the beauty of my life. Of creating a safe space for myself. I did that by myself because I was tired of my own pain.

There’s a moment in the interview, where O’Donahue pauses and begins a statement I keep coming back to the most. “I love Pascal’s phrase, that you should always keep something beautiful in your mind.” Beauty is everywhere and should be accessible to all, and if it’s hard to access physically, the mind can help you navigate that. As O’Donahue says, “I have often — like in times when it’s been really difficult for me, if you can keep some kind of little contour that you can glimpse sideways at, now and again, you can endure great bleakness.”

"I am better for investing in the beauty of my life. Of creating a safe space for myself. I did that by myself because I was tired of my own pain." 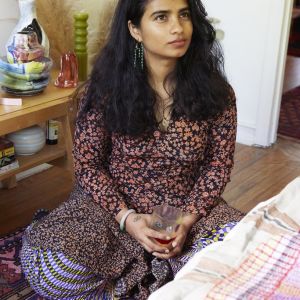 Fariha Róisín is an Australian-Canadian writer based in Brooklyn, New York. With an interest in her Muslim identity, race, pop culture and film she has written for Al Jazeera, The Guardian, Vice, Fusion, Village Voice and others. Fariha is currently working on a book of poetry entitled How To Cure A Ghost (Abrams, Fall 2019) as well as a journal on femme/non-binary body empowerment, entitled The Body Positive (Abrams, Fall 2019). She’s also working on her first novel, entitled Like A Bird (Unnamed Press, Fall 2020).

Changing the Tides of Luxury Beauty

How British brand Haeckels is turning seaweed into beauty products and giving back to the sea.

Can We Design Our Way Out of a World in Crisis?