Ryan Willms takes us Into The Well, a journey of self-care, introspection and empowerment.

Words by Jack Whelan
Photography courtesy of Into the Well 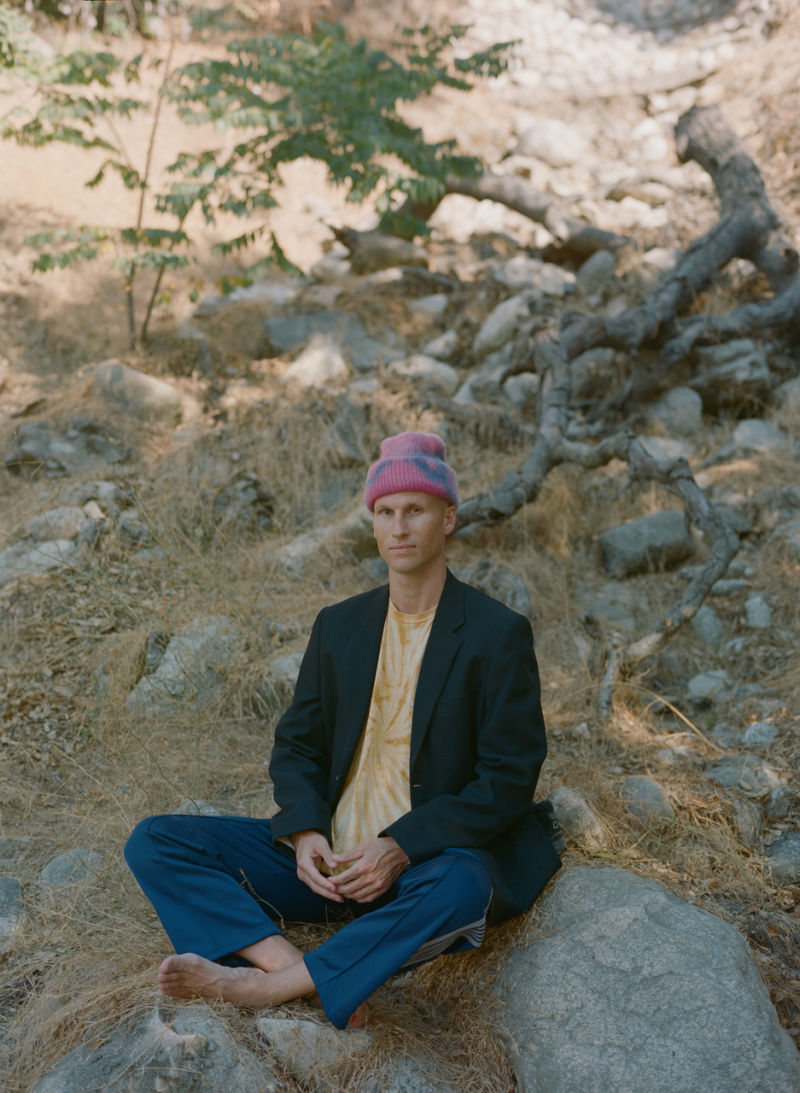 Ryan Willms of Into the Well.

Ryan Willms greets me via Zoom from the living room of his Silver Lake apartment, sunshine cascading through the windows. He is still as handsome as ever, but since we last spoke some seven or eight years ago, there is an assured levity to his demeanour. Contradiction in terms, but something seems… better.

When we first met, we were starting a ‘creative soccer club’ together in Vancouver, BC. Ryan was the founder of Inventory Magazine, a tasteful and considered menswear publication. In 2010, there was almost nothing like it, achieving international success and spawning two brick-and-mortar retail spaces – one in historic Gastown in Vancouver, the other just down the road from The Standard Hotel in the heart of trendiest Manhattan. Beyond its quantifiable success, the journey was massively rewarding both for Ryan and the Inventory team. “Though hectic, running Inventory had clear purpose. It was pure. Heartfelt.” The project made him a coveted man in the fashion industry resulting in high-profile consultancy work in Vancouver and then - following his move - NYC. However, despite the dream job, something was different. “In New York, I was taking pictures to be in one magazine so I could be in a cooler magazine, with a better stylist or a bigger brand. The fashion industry is a crazy game of Snakes and Ladders, encouraging you to do things for non-artistic, non-balanced and unhealthy reasons. As a result, my physical and emotional health deteriorated even though on paper, I was earning good money doing something I thought I wanted to be doing. In actual fact, I was stressed out, I wasn’t sleeping… I was a mess. I was really out of alignment with myself – I wouldn’t have been able to identify that at the time, but that’s what was happening. It had broken me down. I got caught up in that world, the consumption, the materialism. I got too wrapped up without any clear purpose. It got to the point where I couldn’t just try to treat the symptoms, I had to get away from all that.” Purpose, its importance and lack thereof, are major themes in Ryan’s story, essential to the even keel on which he finds himself, and something he strives to instil in others.

As a keen sportsman, Ryan has always been in-tune with his physical well-being, but the New York knock to his mental-state was unprecedented and something for which he was ill-equipped to deal. By leaving New York for LA, Ryan put physical distance between himself and the place he thought he wanted to be, allowing him the respite to push the reset button and ground himself once again. He started Into The Well, an online platform and podcast to chronicle and share this holistic journey, both as a means for self-care, education and a way to give back. The message is compelling, and even the biggest cynic or sceptic (such as your miserable narrator!) would be drawn in.

In the beginning, there was obviously self-doubt, an emotion only learned as he got older. “When I was twenty-five and starting Inventory, there was no fear. Why wouldn’t I do it?! Today, I have so much more experience of fear. My subconscious wouldn’t let me think like that any more.” Of course, questions nagged in Ryan’s head. “Am I worthy of doing this? Who am I to give people advice?” However, through the process, his own process, he can see that we are all living similar things. “The core issues are probably shared by 99% of human beings.” Not only this, but he finds that the cycle is virtuous in the extreme. “It’s a two-way street and I learn a lot helping others. I often suggest things to people and think, oh, I should be doing that too! It’s a constant reminder of the path. People are so hard on themselves. A lot of what I do with clients is help them see the good things that they are doing.” It is Ryan’s background as an art-director, creative-director, consultant, aesthete and business owner that has allowed him to bring fresh impetus to the wellness space. His affinity with today’s young-professionals, young-executives, puts him in a unique position. When I put it to him that he is speaking to 2014’s Ryan Willms, helping him find the right way, he is content. If those people can discover the path to balance more easily, they will be in a much better place than Ryan was at the same age.

Ryan counts directors, photographers and creatives from the likes of Apple, Converse, and Stüssy amongst his clientele. They have seen his journey and can relate, knowing the assistance they receive will be relevant to their specific journey. “It establishes a level of trust,” he says. However, it is not just his personal story that strikes the right chord. Ryan the aesthete has managed to transform a lifestyle choice that was at best peripheral, and more often ridiculed. “So much of what I saw was relevant, but it didn’t really appeal to me. The content is excellent, but sometimes it’s hard to relate to and people think, that’s just not for me. I thought to myself: how can I design this connection to self in a way that feels more aesthetically considered? Something that would appeal to those that are more sensitive in this respect? I want to keep pushing it, I want to democratise it. I want to work with people from all different backgrounds and experiences in order to make this accessible for all. How can we make these practices more democratic? Meditation, breathwork and running are all essentially free! They really can be for anyone! I am hoping to work with people in all communities to make sure our message can be shared, so that people think: being healthy is for me. Being emotionally healthy is for me.”

It had broken me down. I got caught up in that world, the consumption, the materialism. I got too wrapped up without any clear purpose.

There is work to be done. In an almost exclusively female space, Into The Well provides a space for men to feel OK about not feeling OK. After 2000 years of being told to ‘suck it up,’ only now are men waking up to being emotional, sensitive and wounded, and realizing the positive effects that can have on their well-being. Into The Well’s demographics illustrate the need for this conversation. 75% of the audience are male and 80% are between the ages of 25-40. “When I started Into The Well, there wasn’t really anything with a male perspective, [perhaps] the occasional GQ piece. It all tends to be more geared towards performance or bio-hacking rather than the deeper issues.” My guide goes on to tell me about all the emotional trauma in the world, large and small. “Shifts in identity can really open us up to a lot of suffering, so I try to be as open and vulnerable as possible. These are things that everyone is going through, but no one ever told us how to deal with them! If I can share the few breadcrumbs I have, hopefully people find them before I did at that stage of my life – I think that can help.”

And help it can. And will. The proof of Into The Well’s relevance, efficacy and necessity is the founder himself. He tells me that he is in a better position to handle all things, whether they be relationship issues (he is recently engaged, congratulations!), difficulties coping with fear or preparation for his half-Ironman competition The Road to 70.3. “I can hold myself in a safe place and navigate any choppy waters that come up. I stay more grounded, more centred. My emotional and spiritual foundations are solid, now.”

Ryan prepares for the Ironman 70.3. Read about his journey here. 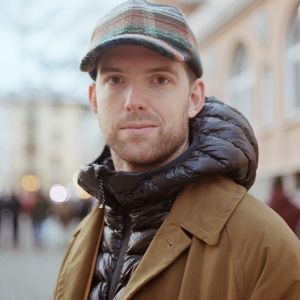 Jack is an itinerant Englishman now based in Paris. He is a consultant in the sports-marketing industry and is passionate about telling stories from the wide-reaching and hugely relatable world of sport. Despite having ‘wasted his life’ on such pursuits, he insists there is nothing more pure.

A World of Colour and Warmth

Writer Marc Richardson speaks to Juan Luis Valgañón, CEO of Mantas Ezcaray, about the legacy of mohair and a family tradition passed down through generations.

In conversation with the Elbas: Culture, Coupledom and Connectivity.

Goodee co-founders Byron and Dexter in a candid chat with Sabrina and Idris Elba.

Once tasked with imagining lunar colonies, architect Nader Khalili leaves a legacy of sustainable housing around the world.