Free standard shipping on orders $75 USD and above*

Cross-cultural culinary chef marches to the (b)eats of his own drum. 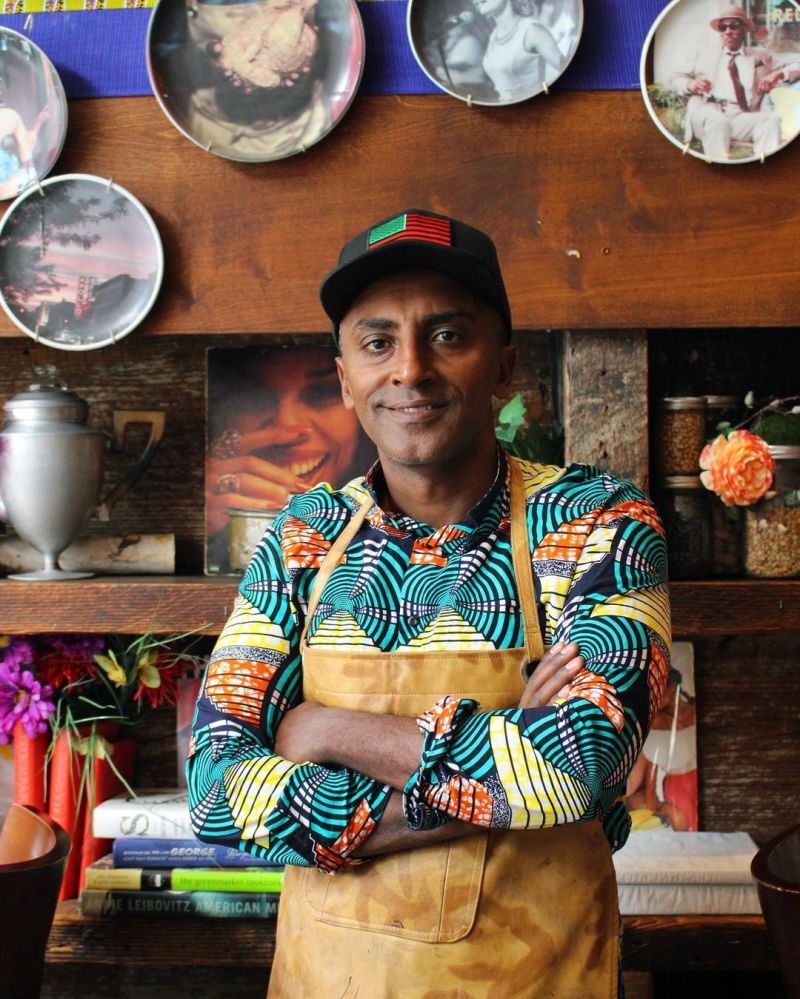 Award-winning Chef, cookbook author, podcaster and Television presenter Marcus Samuelsson may not have had the easiest start in life, but moving from Ethiopia to Sweden, may have saved him in more ways than one. Starting with his cross-cultural upbringing and later, his culinary sensibilities: from the generosity of his grandmother Helga, sharing Swedish recipes, to learning the power of spice and spirituality from his Ethiopian father Tsigie, and honing his craft in France where as a black chef, his dreams of owning a restaurant were dashed. But this didn’t dampen Samuelsson’s spirit - he wasn’t going to settle for the industry ‘status-quo’, nor would he give up on owning a restaurant.

Taking destiny into his own hands led him on a journey that would touch the lives of many. And it continues to do so.

GOODEE founders – Dexter and Byron Peart have their own culinary connections with their friend Marcus, having been on family holidays in Jamaica – breaking the proverbial bread, together. For this segment of “In Conversation With” they delve deep into his diverse background, find out how he’s feeding the community during Covid, and what drives him to create a ladder of opportunity for future generations.

Dexter: Firstly, let’s talk about the importance of family -  both the family you’re born into, and your chosen family – the cultural influences you’ve had, and what it means to you?

Marcus: The word ‘family’ and the structure of a family – it’s very personal, and means different things to different people. You’re speaking to someone that was born in a hut and then the worst thing happened - my mother passed away. I wouldn't be [here] if it wasn’t for a nurse in a hospital, who said “Hey, I'm going to take these kids in” and that random act [of kindness]. She set us up for adoption and I ended up in Sweden, with Korean cousins and a sister from Jamaica.

Thinking about my core family – COVID has made me stop and cook breakfast, lunch and dinner for [my son] Zion and [my wife] Maya. It’s made me call my cousins all over the world and in a weird way we’ve felt more connected than ever before – maybe out of fear in the beginning. But I miss seeing people – dear friends like you, and learning from a spiritual or creative point of view.

Marcus in his childhood home. / Marcus with his son Zion as seen in The Rise cookbook, photographed by Angie Mosier.

Byron: Your innate kindness and compassion is expanding your world beyond familial ties by giving back, and working in the community in Harlem and The World Central Kitchen. What compels you to do that work at such a challenging time?

Marcus: When you're born in a hut with this rich culture around you, but poverty is just around the corner - once you’ve seen that - it becomes very real and then you start thinking, what is my role here? My inspiration [to build bridges] comes from that hut, and from blackness -  that’s not monolithic. The three of us are black, but we have vastly different experiences. You’re Jamaicans but your kids’ first language is French, or they speak Greek. My first language as a black person is Swedish - that identity around not being monolithic, can be viewed in many ways. So, we share [similarities] yet, it can feel or look different.

It’s taken me 25 years to build [my business] and then boom -  it was all gone! There were bitter and angry days, but I knew if I sat at home and stewed it over, that wouldn’t be positive for my family.  So, I started focusing on how I could give back. Everybody’s different, but I needed the routine -  to mask up and go to work. In the beginning, I didn’t know what to be ‘busy’ with, but we cooked. I needed that sense of purpose, so eventually working with José Andrés [Chef, World Central Kitchen], serving meals for 400 - 1500 people a day -  it was cooking, and people that has helped me get through the days.

Dexter: You’ve travelled extensively and you have different cultural homes in Ethiopia, Sweden and New York - so what does ‘home’ mean to you these days?

Marcus: It's not just the place where we very often drop our bags, reload and leave. We’ve all done the ‘red eye’ thing just to fit a meeting into our schedule and then get back to the office or restaurant - that sounds absurd to me now!

If I don't hug or have a wrestling match with my son in the morning, it’s not a [typical] day for me now. I created the book, ‘The Rise’ at home: the best part of it was created here - we cooked the dishes, wrote the last chapters and even Zion was part of it. I even started my podcast [This Moment] with my dear friend, Jason Diakité - an African American [hip hop artist] living in Sweden. If Zion was running around or crying in the background, I didn't want to filter that out. The pandemic showed us there’s no separation between the work, the worth, and family life - the content we produced [at home] was more authentic because of that.

Byron: Your cookbook, ‘The Rise’ struck a chord with me, with black chefs and the diverse cuisine, it even reflects food from our upbringing in Jamaica. You have such a clear style and point of view, so tell us why you present such an individual narrative, rather than following industry trends?

Marcus: As black people, you come to a place where you understand that you have agency.  As kids, we go through this period where we have our own creativity, and then we transform through these ‘traditional’ schools where we don't exist - it was never about us. You could go through any type of book and we’re not there – our ambitions, and creativity were not reflected in any content. I'm not less Swedish, because I'm black, and you're not less Canadian because you’re Jamaican, I just had to learn in a different way and look to other creatives like in music – whether Bob Marley, Marvin Gaye or Sly and the Family Stone because I felt music had already built that wealth [diversity].

In my field, I’ve always wanted to work with content because it’s important to create content that has black voices - I came to a point where I had to put all of it [my experiences] back into the work. So, if you’re searching for that ‘identity’ [my restaurants] are a place where you can do that, whatever ‘that’ is in terms of creativity.

Marcus with his wife Maya and their son Zion as photographed by Angie Mosier featured in The Rise.

Byron: Thinking about barriers and systemic structures that limit diversity, or access to certain industries. Do you think it’s baked into industry structure, and how do we find our path to move forwards?

Marcus: You’re talking about the food [industry], but we could apply that to architecture, or fashion. One of the blessings about being black is that at some point your choices become very clear to you. So, when I was 22, I worked in a three star Michelin restaurant in France. The chef asked me “what do you want to do?” And I said, “I want to own a restaurant like yours.” He said, “It's not possible… Do you know any black restauranteurs that own a restaurant like this? ” In that moment, I realized he wasn't wrong - these things didn't exist in Europe [at that time], but I wasn’t going to lower my dreams, because of the ‘status quo’ -  that was the moment I knew I had to go to New York.

Byron: So, what’s the future of dining and shared experiences post-pandemic, especially as you enjoy being connected to your audience?

Marcus: Firstly, don't be narrow-minded – stay open [to possibilities]. Secondly, I’ve always been led not only by curiosity and the love for my craft, but also by the love for teaching and connecting with people. I express it through food, and you guys do it through design and storytelling, but then add to that the best technology development [an important part of connecting] - that's how we keep stimulating one another. It’s just like having these conversations - curiosity needs to be fed. 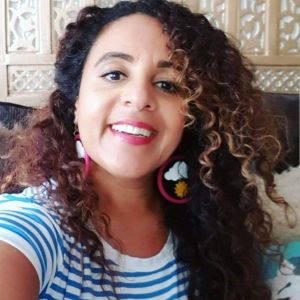 In conversation with the Elbas: Culture, Coupledom and Connectivity.

Goodee co-founders Byron and Dexter in a candid chat with Sabrina and Idris Elba.

A Sense of Home

Global Editorial Director at Nike Women, Zarna Surti, invites us into her Portland, Oregon home and shares what creates her sense of home.