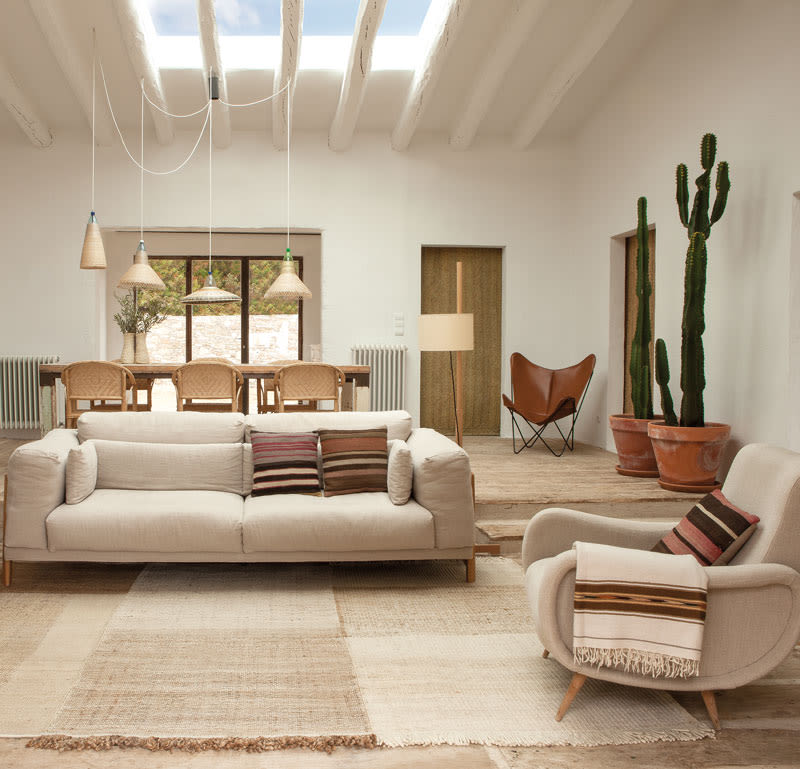 Nani Marquina, the Spanish designer widely recognized for her extensive knowledge
in textiles and rug making, is absorbed with innovation. Since her early childhood, she was surrounded by creative thought; her home filled with books, colour and modern 70s furniture.

Born in Barcelona in 1952, Marquina was witness to the rule of Spanish dictatorship
and extreme conservatism. Design as a profession was not truly acknowledged in society, yet from a very early age Marquina only wanted to become a designer. She graduated from the Escola Massana, a Design Academy, one year prior to the end of this regime in 1975. From Spain’s democratic transition, blossomed a cultural renaissance — an explosion of self-expression and exploration in music, literature, film and art.

As a young designer, she would inquire and ask, always seeking deeper and building
on the core concepts that had been passed down to her.

Her father, a celebrated Catalan architect, designed objects with distinction. “As a
girl of 11 or 12, my father won an award for an olive oil cruet that he had designed. Not only was it a beautiful object, it prevented its user from getting soiled. It introduced me to a world that interacted with objects on a more meaningful and functional level.”

This knowledge gave Marquina an early sense of joy and purpose. She learned immensely from watching her father; on the importance of function, on the idea that items should be improved with use, and that research and process are paramount to good design. But it is her mother that she credits for her penchant of colour.

"The work of a designer is to observe and learn. In a home you should feel all the objects — all the furniture, all the lighting — and learn why they make you feel good. If you like a set of pieces, you'll feel comfortable in having them around you and keeping them close.”

From her observations of objects and feelings, Marquina set out to learn the process
that brought textiles to life. She had also accurately sensed an opportunity and a gap in the market.

Her namesake label, nanimarquina, preserves traditional fabrication methods with an abiding view. The company has primarily produced rugs and floor coverings, but has expanded into cushions and throws for collections deserving an additional touch. Her designs are intensely moving, building from striking colour palettes that bring them into contemporary culture.

Initially produced in her native country of Spain, the decision was then made to move production to India to expand on ancestral weaving techniques in rug-making.

Each piece is handcrafted in a traditional manner, working in partnership with skilled artisans to achieve new and innovative designs. Through these relationships, nanimarquina has been able to leverage ancient techniques and develop the craft further, believing that tradition is kept by constant discovery in the lessons learned, and in teaching. The mastery in technique translates into pieces of art. Each charged with history, involving the sense of touch and emotion evoked by colour.

Marquina keeps nearest to her heart mementos from her travels - times where she has felt rejuvenated and inspired by the surrounding environment. "I love to travel, see how people go about their daily lives. In India, there are moments that bring me total relaxation – it’s like my second home. I love the landscapes and adore the desert – this thing that's so desolate, austere, dry. My home reminds me of all of my past travels, and that makes me feel at home.”

Thanks to her appreciation for knowledge transmission, Nani Marquina has expanded on her foundations : bridging functionality from her father, colour from her mother, and expertise from the artisans she met during her travels. And with her daughter now at the helm of the brand, the future's looking bright. "In the end, the goal of design is to better something." 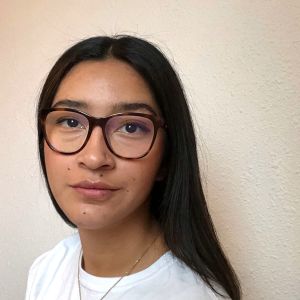 Tatiana Ramirez is a Montreal-based communications consultant and writer, specializing in design, textiles, and emerging technologies.