Written by Tamy Emma Pepin
Photography by Oumayma B. Tanfous 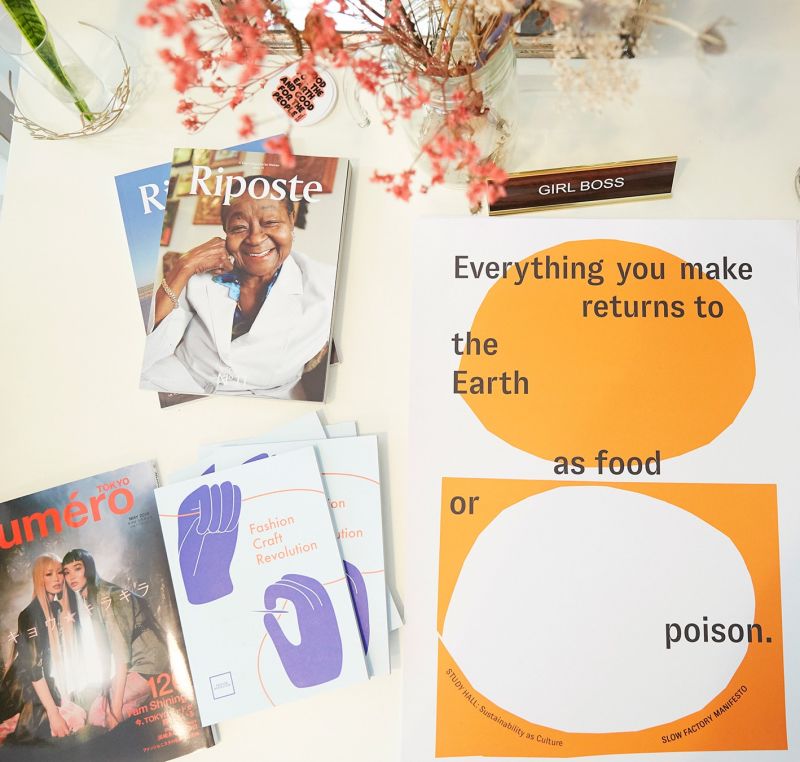 2019 was the year of global consciousness. Over the past decade, social, environmental,
spiritual, political, economical and technological contexts have merged and ushered us into a global village that is full of beautiful connections and possibilities.

Distance is no longer an indicator of difference. All around the planet, men and women have demonstrated a deeper innovation process of knowing, allowing for new paradigms of thought to surface.

To celebrate these cultural advancements, Goodee met with 4 shapeshifting New Yorkers who offer fresh perspectives on leadership and better their communities through their ingenuity, mental strength, kindness and entrepreneurship. We asked them to share their perspectives on the space that nourishes their most intimate thoughts : home.

Hawa at her Brooklyn home

Hawa Arsala’s parents arrived to the United States from Afghanistan during the 1980s. “Right during the Russian invasion,'' says the creative director, who today, makes waves at Viacom’s Creative Strategy and Cultural Intelligence team. Well-versed in transcultural movements, aesthetics and demographics, Hawa has placed the interests of historically-disenfranchised youth at the heart of her work and research.

“All the items in my home have a story. I’ve either inherited them from old friends and
roommates, or they’re objects I found on the streets. I tend to put stuff that speaks to me in my space. That’s how I started to create my own sense of “home” - a sense of falling into place that feels right, but also knowing that at a moment’s notice, I could pick up and leave. My family is from Afghanistan and came to the States as refugees. Growing up, we moved around the country a lot. Because of that, I’ve learned from my parents how to create “home” wherever I go. At the same time, home takes me back to my homeland. It isn’t something I’ve had a close connection to, but when I’m there, I feel at home. It’s this invisible sense of understanding that always welcomes you back no matter what. I’ve only been there twice, but on both occasions, it was as if I could breathe and release energy because the entire culture and landscape is embedded in my genes.''

Kai with her son outside of her store Sincerely Tommy

Raised in Brooklyn, Kai Avent-deLeon is the mind and entrepreneur behind Tompkins Avenue’s thoughtfully curated Sincerely Tommy concept store. In a rapidly developing urban landscape, Kai’s contemporary space is an ode to the neighborhood’s original community roots. It was Kai’s grandmother who moved the family to Bed-Stuy from Grenada, in the 1980s — when the neighborhood was still ignored by most. With resilience and dedication, she put her children through school and invested in property. Three generations later, Kai’s heritage shines through. Building on her family’s joy, business acumen and work ethic, Kai’s Sincerely Tommy acts as both a lifestyle concept space and a community hub: presenting a selection of meaningfully designed objects, serving healthy vegan food and juices, and offering space for the community’s authentic culture to grow.

“In the physical sense, I would say home is my sanctuary. Everywhere I have lived has been my sanctuary. I’ve always put a lot of thought into making sure that my home is a place that feels safe, warm and comfortable. But what I’m working towards — because I don’t think I’m there yet — is making sure that I feel at home within my own body. Because of that, intentional and mindful living applies to everything I do. My past thinking was: ‘Okay, I need to run a business, I need to have energy and just run through the day.’ Now, I want to do it in a way where I’m enjoying what I’m doing and where I have energy for my son. I need to be present for him and I always knew that when I became a mother I wanted to be very intentional. I knew I would be taking the road less traveled. So, I schedule my time in a way that creates space for him and I to interact. That’s my motto: intentional living.”

A Lebanese-Canadian designer, Céline Semaan-Vernon is the founder of Slow Factory, a sustainable fashion agency built to re-engineer how the fashion and design world conduct business. She is also the founder of the Study Hall, a series of human-focused conferences designed to take the sustainability agenda forward.

“Before I started working in the web, my entire career as an artist was dedicated to looking at what “home” is to me. I was born in Lebanon, but my family escaped. We only went back to Lebanon after the war. I’ve always struggled with finding “home” and what it means to me. As soon as you’ve been uprooted once, it’s very hard to find your roots again, to feel like you belong. Where is your soil? “Home” can mean a sense of connection —  a feeling of belonging somewhere, versus trying to fit in. They are actually opposites — you can quote Brené Brown on that. The only time I felt that I belonged somewhere was when I saw the Earth from space through NASA images, or by spending hours on Google Earth. And then when I travelled back and forth from Lebanon to Montreal as a young child, I would look at the Earth from the window of the airplane and think, ‘Maybe I’m a citizen of the world — maybe my home is the Earth’. From space, there aren’t any borders.”

A poet, a sister, an auntie, a friend. Such is how many individuals relate to writer Fariha Róisín. Earlier this year, Fariha penned a beautiful wellness essay ‘On the Furniture of the Mind and Soul’ for Goodee World, exploring ideas on home, healing and self care. She then published how to cure a ghost, her debut poetry book, which she accompanied with a sold-out North American tour. Constantly growing, Fariha has demonstrated that a leadership rooted in both strength and vulnerability has the capacity to unite, heal and connect an entire generation.

“For me, home is the heart space. The central place that is filled with just pureness. I never
really had a home, so I think my home has become my interior. That’s why I bring up John O’Donohue so much — the idea of taking your home with you wherever you go is such a powerful thing for anyone who’s never had stability. To learn or understand that you can always return back to yourself and back to your home. Just with you, with your own self." 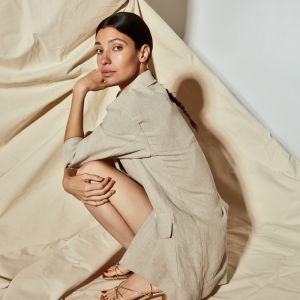 Tamy Emma Pepin is the founder of Un peu plus loin, a strategy and content production agency built for the challenges of the digital world. She is also the founder of ORB, a multidisciplinary, multicultural, and multimedia space for Montreal creatives. Her plurality is her greatest asset; her interests touch upon art, tech, science, mindfulness, culture, media, economics and community.

Designer and Harvard educator Stephen Burks invites us into his Brooklyn haven and reflects on the meaning of home with his partner Malika Leiper and son Anwar.